Greg Ginn Net Worth: Greg Ginn is an American musician, singer, and songwriter who has a net worth of $2 million. Greg Ginn was born in Tucson, Arizona in June 1954. Ginn is best known for being the leader and songwriter for the hardcore punk band Black Flag. Greg founded the band in 1976 in Hermosa Beach, California.

Through various lineup changes he remained the only continuous member of the band. Black Flag is considered to be one of the first hardcore punk bands. The band released six studio albums before breaking up in 1986 and one more in 2013 after getting back together in 2003. Ginn wrote most of the band's lyrics. Black Flag featured Henry Rollins as their lead singer starting in 1981. They established a cult following over the years. After the band broke up Ginn released solo albums and also has performed with many bands including HOR, October Faction, Fastgato, Gone, Confront James, Killer Tweeker Bees, Mojack, EL BAD, Jambang, Mexican Lions, The Texas Corrugators, and Tom Troccoli's Dog. Ginn owns the independent record label SST. Greg was listed #99 by Rolling Stone's The 100 Greatest Guitarists of All Time. In October 2014 he was accused of child abuse by his ex-wife. 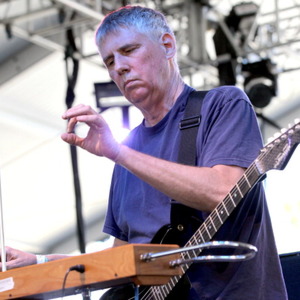