Gram Parsons net worth: Gram Parsons was an American singer, songwriter, guitarist, and pianist who had a net worth equal to $500 thousand at the time of his death (after adjusting for inflation). Gram Parsons was born in Winter Haven, Florida in November 1946 to a very wealthy family. His grandfather John A. Snively was a citrus magnate who owned large swaths of Florida real estate and at his peak was producing a full third of all oranges in Florida

Gram Parsons passed away in September 1973. He is best known for being a member of the band The Byrds and Flying Burrito Brothers. Parsons also recorded as a solo artist with the International Sunshine Band. His debut studio album Safe at Home with the International Submarine Band was released in 1968. Parsons played on The Byrds album Sweetheart of the Rodeo which was released in 1968 and reached #77 in the US. He played on the Flying Burrito Brothers albums The Gilded Palace of Sin in 1969 and Burrito Deluxe in 1970 and released the albums GP in 1973 and Grievous Angel in 1974. Gram Parsons & the Flying Burrito Brothers released the album Sleepless Nights in 1976 and he had several other albums released posthumously. Gram Parsons passed away on September 19, 1973 at 26 years old from an overdose. 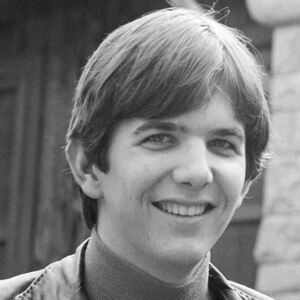