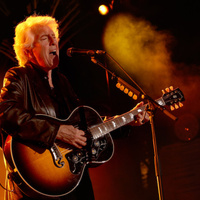 What is Graham Nash's Net Worth?

Graham Nash is a British American singer, songwriter, and musician who has a net worth of $50 million. Graham Nash is best known for being a member of the rock bands the Hollies and Crosby, Stills & Nash. He was later a member of Crosby, Stills, Nash & Young when Neil Young joined the group. Beyond his career in music, Nash is an avid photographer and photography collector.

Nash was inducted into the Rock and Roll Hall of Fame in 1997 as part of Crosby, Stills & Nash and again in 2010 as a member of The Hollies. In 2010 he was appointed an Officer of the Order of the British Empire. Nash has also released six solo albums with his debut effort Songs for Beginners reached #15 on the Billboard chart in 1971. Crosby, Stills & Nash released eight studio albums with their 1970 album Déjà vu reached #1 on the Billboard 200 chart.

Graham Nash was born on February 2, 1942 in Blackpool, England. His mother had been evacuated there from Salford due to World War II; the family eventually returned to Salford after the war.

Alongside his school chum Allan Clarke, Nash co-founded the rock band the Hollies in 1962. The group went on to become one of the most successful British acts of the 60s and 70s, releasing such hit songs as "Stop Stop Stop," "Bus Stop," "On a Carousel," and "Long Cool Woman in a Black Dress." Notably, Nash contributed lead vocals to a number of the Hollies' singles, including "On a Carousel" and "Carrie Anne." After his initial departure from the band, he reunited with the Hollies a number of times over the years, including for the 1983 albums "What Goes Around…" and "Reunion."

On tour with the Hollies in the US in 1966, Nash met fellow singer-songwriters and musicians David Crosby and Stephen Stills. A couple years later, Nash left the Hollies to form the folk rock trio Crosby, Stills & Nash. The band's self-titled debut album came out the following year; a substantial success, it spawned the top-40 hits "Suite: Judy Blue Eyes" and "Marrakesh Express." Aiming to go on tour and realizing they needed more musicians to strengthen their sound, Crosby, Stills & Nash decided to invite Neil Young to join them, ultimately creating the quartet Crosby, Stills, Nash & Young. In 1970, they released the album "Déjà Vu," which launched the top-40 singles "Woodstock," "Our House," and "Teach Your Children." The following year, CSNY released the double live album "4 Way Street," which reached number one on the Billboard 200. However, the tour that produced the album was a tumultuous one, marked by many arguments between Young and drummer Dallas Taylor and tensions with Stills. When the tour was over, CSNY split up. The group got back together a number of times over the years, and released such further albums as "So Far," "CSN," "Daylight Again," "American Dream," "After the Storm," and "Looking Forward." 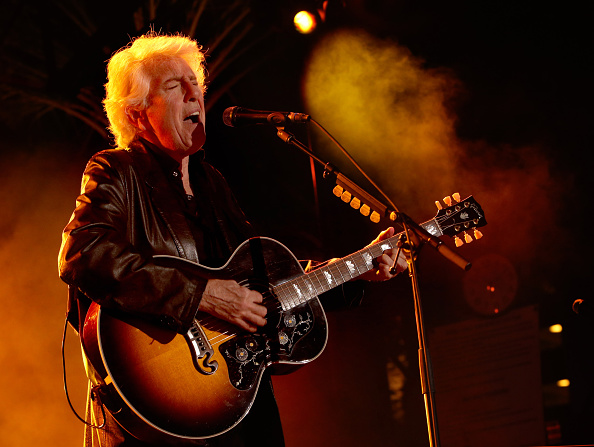 In 1971, Nash launched his career as a solo artist with his studio album "Songs for Beginners," which spawned the hit single "Chicago." This was followed by "Wild Tales" in 1974 and "Earth & Sky" in 1980. Nash's next solo studio album was 1986's "Innocent Eyes." He didn't release another solo album until 2002's "Songs for Survivors." Following another long break, Nash released "This Path Tonight" in 2016.

After the dissolution of CSNY in the early 70s, Nash partnered with Crosby to form the duo Crosby & Nash. The pair released four studio albums, and had their biggest hit song with "Immigration Man."

In 2005, Nash collaborated with the band A-ha to record the songs "Over the Treetops" and "Cosy Prisons." The following year, he and David Crosby contributed to the title track of David Gilmour's album "On an Island." The two subsequently went on a UK tour with Gilmour.

Beyond music, Nash is passionate about photography, having begun collecting photographs in the 70s. From 1978 to 1984, he ran a worldwide touring exhibition of prints from his Graham Nash Collection. He eventually sold his 2,000-piece collection at Sotheby's in 1990.

Nash also works on his own photography. In the 80s, he started to experiment with converting his photography to digital images using Macintosh computers. With the help of programmer David Coons and Steve Boulter, Nash produced large-scale prints of his photography with an IRIS Graphics 3047 inkjet printer. He subsequently exhibited his works at a number of venues around the world.

Among his other career endeavors, Nash co-founded the activist group Musicians United for Safe Energy in 1979; the other founders were Jackson Browne, John Hall, Bonnie Raitt, and Harvey Wasserman. The group's aim is to combat the expansion of nuclear energy. MUSE held a series of concerts at Madison Square Garden to raise money and awareness for the cause.

In 1964, Nash married his first wife, Rose Eccles; they eventually divorced in 1966. Nash went on to date singers Joni Mitchell and Rita Coolidge. In 1978, he wed Susan Sennett, whom he later divorced in 2016. Three years after that, Nash married Amy Grantham. He has three sons from his relationships.

Where does Graham Nash live? Graham Nash has a number of homes in California, including a home in Encino, a cottage in Manhattan Beach, a condo in Sherman Oaks, and a house in Van Nuys. Nash also owns a small house on the island of Kauai in Hawaii. Nash's home in Encino is located on a quarter of an acre of land. The Tudor style home is 4,609 square feet, with 6 bedrooms, and 6.5 bathrooms. The entry way has skylights, leaded glass windows, and dark wood floors. The formal living area has a French fireplace and formal dining room, a spacious kitchen with center island and breakfast area, a paneled den with fireplace, a home office area, and a family room. The second floor has a master suite with fireplace, private sitting room, and balcony. There are 3 additional bedroom suites on the second floor, and a staff room. There is a separate guest house on the property in the back yard, featuring a built in barbecue, a vine covered pergola, a swimming pool and a spa.