Grace Slick Net Worth: Grace Slick is a retired American musician and singer-songwriter who has a net worth of $20 million. She was particularly influential in the 1960's psychedelic rock scene and is known for the psychedelic rock hits "White Rabbit" and "Somebody to Love." She was a member of Jefferson Airplane and was in Jefferson Starship and Starship, the off-shoot groups formed some of the original members.

Early Life: Grace Slick was born Grace Barnett Wing on October 30th, 1939 in Highland Park, Illinois. Her parents were of Swedish and Norwegian descent. She began her childhood with her younger brother in Highland Park, which is an affluent suburb outside of Chicago. However, her father worked as an investment banker, and was transferred to different corporate branches often, so she moved with the family frequently while young. Prior to her entering high school, she had lived in Los Angeles, San Francisco, and the Chicago metropolitan area. The family settled down in Palo Alto, California, and she briefly attended Palo Alto Senior High School then transferred to the private, all-girls Castilleja School. After graduating high school, she went to New York City and enrolled in Finch College. She left Finch in 1958, and she moved to Coral Gables, Florida where she attended the University of Miami for one year. She married aspiring filmmaker Gerald Slick in 1961, and the couple moved to San Francisco. While in California, she worked as a model for I. Magnin & Company department stores, and she began to compose music.

Early Career: She first considered going into the music industry as career in 1965 after reading an article about the newly formed band Jefferson Airplane. Soon afterwards, she formed a band called The Great Society with her playing guitar and singing vocals, her husband on drums, his brother Darby Slick playing lead guitar, and David Miner on bass guitar. Soon after their first performance as a band, she wrote and composed the psychedelic piece "White Rabbit." It reportedly only took her half an hour to write the lyrics, which are a reflection of a drug-induced hallucinogenic experience. However, Slick has stated that she often read "Alice in Wonderland" as a child, so the work did serve as an influence. The band was responsible for the hit "Somebody to Love," which would be made famous by Jefferson Airplane. Jerry Slick led to band in the direction of the Indian-influenced raga genre of music, and Grace followed along until a better opportunity arose. In the fall of 1996, one of the singers in Jefferson Airplane left the band, and Jack Casady asked Slick if she was interested in joining. Displeased with the way that The Great Society was managed, she began recording with the group later that year.

Jefferson Airplane and Jefferson Starship: With the addition of Grace Slick and drummer Spencer Dryden, Jefferson Airplane released their second studio album "Surrealistic Pillow" in February of 1967. The album included hits Slick had written with her previous band, and both "Somebody to Love" and "White Rabbit" became chart-topping singles. The former peaked at no. 5 and the latter peaked at no. 8. on the Billboard Hot 100. The album remains heralded as one of the most influential of the psychedelic rock era. At the time, their blend of folk with psychedelic funk was praised by critics as being novel and unique. As of 2020 it ranks no. 471 on Rolling Stone's 500 Greatest Albums of All Time list. In 1970, Jack Casady and Jorma Kaukonen left the group, and the remaining members formed Jefferson Starship. In the fall of 1974, Jefferson Starship released their debut album "Dragon Fly." The album was a hit. It was certified gold three months after its release, and it peaked at no. 11 on the Billboard 200 album chart. 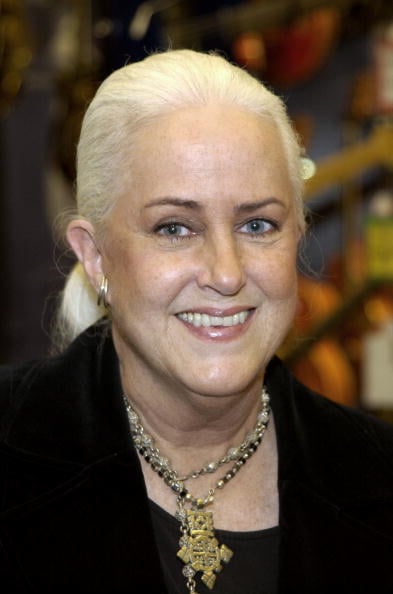 The group released their second album, "Red Octopus" in the summer of 1975. It peaked at no. 1 on the Billboard 200. The album spawned the singles "Miracles," which made it to no. 3 on the Billboard singles chart and "Play on Love," which peaked at no. 49 on the singles chart. In 1976, they released "Spitfire," which peaked at no. 3 on the Billboard album charts. They decided not to tour after the release of "Spitfire," and their fourth album "Earth" was released in 1978. As with the others, it was a commercial and critical success. Slick left the group for three years, but she returned for their fifth album "Modern Times," which was released in 1981. She remained with the group for the next two albums. "Winds of Change" was released in 1982 and yielded two Top 40 singles. After the release of their next album "Nuclear Furniture" in 1984, they parted ways, but a Slick and a couple of other members stayed on and called themselves Starship.

Slick left Starship in 1988 and joined Jefferson Airplane in a reunion tour the following year. In addition to her work with Jefferson Airplane and its affiliates, she produced several solo albums. She released "Manhole" in 1974, and then in 1980 she released, "Dreams" and followed-up the next year with "Welcome to the Wrecking Ball!."

Retirement and Personal Life: Once she finished the reunion tour with Jefferson Airplane, Slick retired from the music business. She later stated it was because she simply felt too old to live the lifestyle. Her first marriage to cinematographer and then bandmember Jerry Slick lasted from 1967 to 1961. Between her first and second marriage she had a relationship with her Jefferson Airplane bandmate Paul Kantner, and she had a daughter with him in 1971.  She then married lighting director Skip Johnson in 1967, and the two divorced in 1994. She has publicly discussed her history and past struggles with substance abuse. Her alcoholism led to issues on tour, particularly with Jefferson Starship. In 1980, she authorized a biography written about her entitled "Grace Slick: The Biography."

Real Estate: For several decades Grace lived in the town of Mill Valley, just north of San Francisco in Marin County. In September 1993 her longtime home burned to the ground. It would later be determined that the fire was sparked by county workers who were conducting a controlled burn that got out of control. She sued the county and won a large enough settlement to buy a home in Malibu. She paid $960,000 for the 2-acre Malibu property in 1996. Today the home is worth an estimated $4-5 million. She sold the Mill Valley property in 1995 for $650,000. 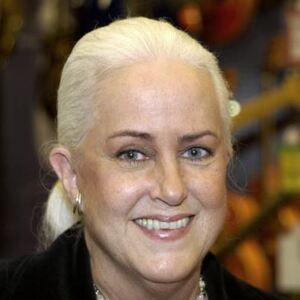