Gibby Haynes net worth: Gibby Haynes is an American singer, musician, radio personality, and painter who has a net worth of $4 million. Gibby Haynes was born in Dallas, Texas in September 1957. He is best known for being the lead singer of the band Butthole Surfers. The band formed in 1981 and released their debut studio album Psychic… Powerless… Another Man's Sac in 1984.

They released the albums Rembrandt Pussyhorse in 1986, Locust Abortion Technician in 1987, Hairway to Steven in 1988, piouhgd in 1991, and Independent Worm Saloon in 1993. Butthole Surfers had success with their album Electriclarryland in 1996 which reached #31 on the Billboard 200 chart. They also released the album Weird Revolution in 2001. Their most successful single "Pepper" reached #1 on the US Alternative chart. Haynes has been involved with many other bands including the band P with his friend Johnny Depp. Some of his paintings and drawings have been exhibited in Brooklyn. 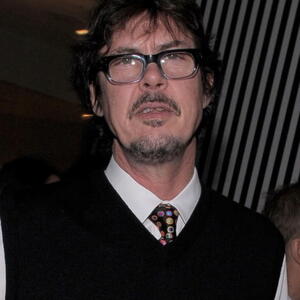