What was George Harrison's Net Worth?

Harrison left the entirety of his estate to his widow Olivia Harrison and only child, son Dhani Harrison.

George Harrison was born on the 25th of February in Liverpool, England. Raised alongside 3 siblings by working-class parents, he was encouraged to pursue music at a young age because his mother saw how happy it made him. While pregnant with George, she had listened to exotic Indian music featuring sitars and tablas – music that would later have a profound impact on The Beatles.

Although Harrison studied music throughout high school, guitars were not part of the curriculum. After hearing an Elvis Presley song, he immediately knew that Rock 'N Roll was going to be a major part of his life. He then became obsessed with guitars, which prompted George's father to buy him an expensive, high-quality acoustic guitar. After learning how to play, he met Paul McCartney on a bus. The two bonded over their shared love of music, and Harrison was invited to join The Quarrymen – the band that would later become The Beatles.

Harrison eventually became the lead guitarist of The Beatles. While on tour in Germany, Harrison was deported for being too young to work in nightclubs. As the years went on, Harrison started to participate more and more in the creative process of The Beatles. He occasionally provided lead vocals, wrote songs, and introduced The Beatles to many international musical influences. Perhaps most notably, Harrison started to infuse The Beatles with Indian music, using traditional instruments such as the sitar.

Eventually, tensions mounted within the group, and George Harrison finally started to quarrel with Paul McCartney after years of accepting condescending behavior from his bandmate. In addition, Harrison started to become increasingly frustrated with Lennon and McCartney's leadership of the group, as they rarely allowed Harrison to record his own songs on The Beatles' albums. By 1969, this made very little sense seeing as Harrison had become a talented songwriter and lyricist. 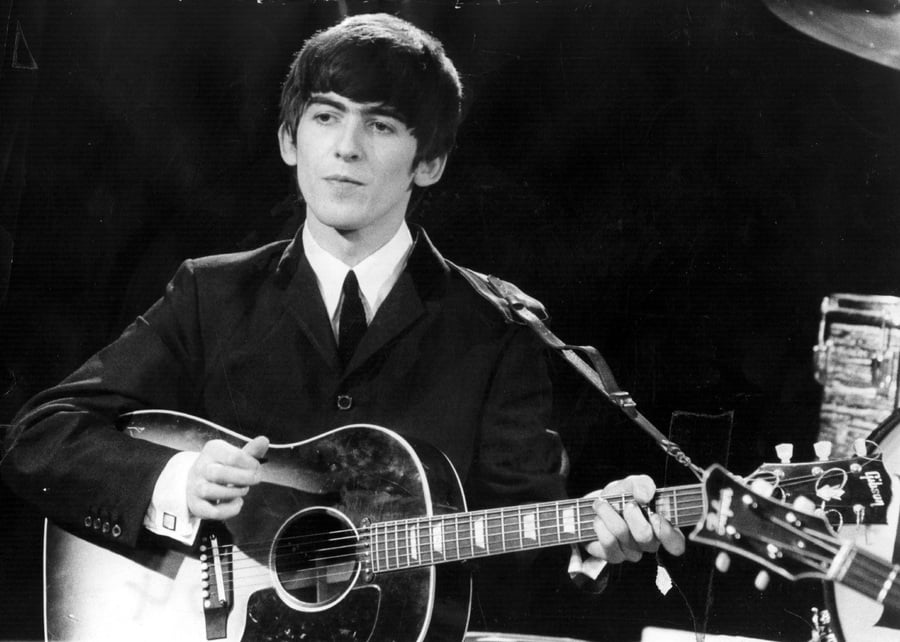 With the release of Abbey Road in 1969, Harrison proved to critics that he was on equal footing with McCartney and Lennon in regards to songwriting. "Something" and "Here Comes the Sun" are two of The Beatles most popular songs, and they were both written by George Harrison. Not only that, but he rejected suggestions from McCartney and other bandmates during the recording of these tracks, establishing creative control for the first time. Just as the dynamic of the band was changing in Harrison's favor, The Beatles informally split up in 1970 following the release of McCartney's solo album.

Because George Harrison's songs were constantly rejected by The Beatles throughout the years, he started his solo career with a massive amount of unreleased singles up his sleeve. That being said, Harrison had already released two solo albums prior to the disbanding of The Beatles.

However, in 1970 Harrison released his most critically-acclaimed album: All Things Must Pass. It proved to be extremely popular in both North America and in Europe. Harrison also experienced considerable success with the 1973 album Living in the Material World, which contained Hindu-inspired themes. He continued to release many albums throughout the 70s and 80s, many of which achieved gold or platinum status.

Although Harrison dabbled in film production during the early 70s, his first major success came with the creation of HandMade Films, a production company that later went on to produce Monty Python's Life of Brian. The film was a box office success, grossing over $20 million worldwide on a $4 million budget. HandMade Films later went on to produce Time Bandits in 1981. The film grossed over $42 million in the US and Canada alone on a budget of $5 million.

After incurring massive amounts of debt due to mismanagement, the company ceased all operations in 1991. This was largely due to fraudulent and negligent behavior by Denis O'Brien, Harrison's business manager. After suing O'Brien for $25 million, Harrison received an $11.6 million judgment in 1996.

In the 1960s, George Harrison protested the Vietnam war alongside the other Beatles. He also helped organize a relief concert for Bangladesh in 1971, raising $240,000. In addition, he was a supporter of Greenpeace and UNICEF.

In 1966, George Harrison married model Pattie Boyd, having previously met her when she was a 19-year-old actress on Hard Day's Night. After a long string of infidelities, their divorce was finalized in 1977. One year later, Harrison married Olivia Trinidad Arias, a Los Angeles-born secretary who was working for Dark Horse Records when the two met. The year they were married, Olivia also gave birth to Harrison's son.

George Harrison's nickname was "the quiet Beatle." Compared to the outlandish nature of John Lennon and the media-friendly appeal of Paul McCartney, Harrison took a more low-key approach to his public life. Although George Harrison had strong relationships with John Lennon and Ringo Starr (for the most part), he did not get on well with Paul McCartney, especially around the time of the disbanding of The Beatles.

Harrison was an avid motorsports enthusiast who owned many rare automobiles, including a rare McLaren F1 road car that retailed for $984,000 and was one of only 100 units produced. His other automobiles included a Jaguar XKE, a Ferrari 365 GTC, and an Aston Martin DB5, the latter of which was later purchased by a Beatles collector for 350,000 pounds.

In 1997, George Harrison was diagnosed with throat cancer. He was treated with radiotherapy, and at the time it was thought to be successful. Two years later, George Harrison was hospitalized for over 40 stab wounds after being attacked by a paranoid schizophrenic who broke into his home. Part of his lung had to be removed due to a puncture from a stab wound. In 2001, cancerous growths were found in his brain and his lung. In November 2001, George Harrison died on Paul McCartney's property in Los Angeles. 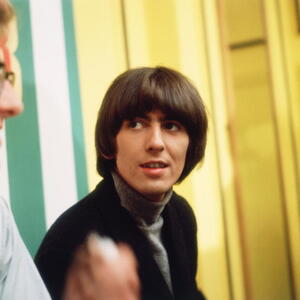