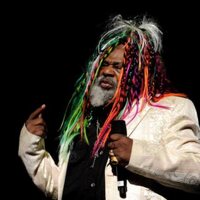 What is George Clinton's Net Worth?

George Clinton is an American R&B singer/songwriter and music producer who has a net worth of $4 million. George Clinton is perhaps best known for the Parliament-Funkadelic collective, which pioneered a new form of funk music during the 1970s. George is known to implement a number of unique elements into his music, including themes of science fiction and surreal humor. He is also known for his psychedelic and "outlandish" fashion sense.

Clinton's solo career began in 1982 with the release of the album "Computer Games." This would album would prove to be quite influential, especially in regards to the Hip-Hop and G-Funk genres that emerged later during the 90s. Today, George is placed among James Brown and Sly Stone as one of the top innovators within the funk genre. He won a Grammy Lifetime Achievement Award in 2019, and he was inducted into the Rock and Roll Hall of Fame in 1997.

George Edward Clinton was born on July 22nd of 1941 in Kannapolis, North Carolina. Raised in Plainfield, New Jersey, George became involved in musical pursuits from a very young age. When he was a teenager, he started a doo-wop group called The Parliaments. He also worked at a barbershop during these early years. Eventually, George owned a barbershop in Plainfield called Silk Palace, and it became a popular hangout spot for local musicians during the 50s and 60s.

Clinton's career began in earnest after he started to work for Motown as a staff songwriter during the 60s. In the beginning, this move proved to be less than impressive. He failed to make a commercial impact, despite writing one major hit single called "Testify." During this period, he also arranged and produced a number of singles released by soul music groups in Detroit.

Clinton then forged ahead with The Parliaments, who achieved success in the 70s. Sometimes, they performed under the name Parliament, while other times they would perform under the name Funkadelic. During this early period, The Parliaments were heavily inspired by Jimi Hendrix, Frank Zappa, and James Brown. That being said, they also explored their own ideas regarding new sounds, music technology, and lyricism. This proved to be an incredibly successful period, both for The Parliaments and George Clinton. The group released three platinum albums and came out with 40 hit singles – including three chart-topping R&B hits.

During the 1980s, George became concerned about PolyGram's acquisition of Casablanca Records, the latter of which had been Parliament's label. He then began to create his own solo music for the first time, although he still collaborated with several musicians from those he had worked with in the past. A number of legal issues followed as Clinton struggled with royalty and copyright issues. He notably accused Bridgeport Music of copyright infringement. 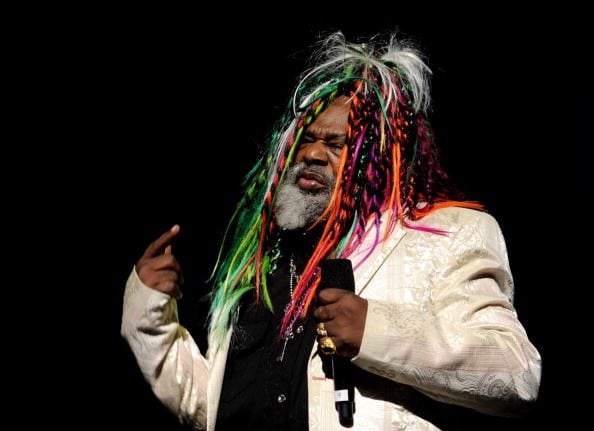 In the early 80s, George signed a new record deal with Capitol Records. He continued to release music both as a solo artist and as a member of "P-Funk All-Stars." He then released his hit album "Computer Games" as a solo artist, which contained hits like "Loopzilla" and "Atomic Dog." Four more studio albums followed during the 80s, which cemented Clinton's position as an established solo artist.

During the 80s, George also established himself as a sought-after music producer. He worked with artists such as Bootsy Collins and the Red Hot Chili Peppers, the latter group enlisting Clinton to produce the album "Freaky Styley." In 1987, Clinton wrote the theme song for "The Tracey Ullman Show."

Because of George's considerable activities during the 80s, many artists credit him as being a strong influence. Multiple rap producers sampled Clinton's music during the 90s, increasing his notoriety among a younger generation. Towards the end of the 90s, Clinton worked with Paisley Park (Prince's record label) to release "The Cinderella Theory." A few more albums followed before George signed a new deal with Sony 550.

During the early 90s, George collaborated with Primal Scream to help them with their album "Give Out But Don't Give Up." During this period, the musician also appeared in several films, including "House Party," "Good Burger," and "The Breaks." By this point, Dr. Dre was heavily sampling Clinton's music, and this gave birth to the G-Funk era. George found himself collaborating with a wider range of artists, including the rap-metal group Methods of Mayhem. Furthering his involvement in the rap world, Clinton worked with Tupac Shakur on albums such as "All Eyez on Me." He also worked with Ice Cube on the album "Lethal Injection." Throughout this period, Clinton collaborated with artists such as Outkast, Redman, the Wu Tang Clan, and many others.

In the 2000s, George Clinton appeared in the video game "Grand Theft Auto: San Andreas," playing the voice role of a funk radio station host. He also founded his own record label called C Kunspyruhzy and appeared in a number of TV shows. He then collaborated with Snoop Dogg on his album "Tha Blue Carpet Treatment." From the 2010s onward, Clinton continued to appear in movies and TV shows. In 2018, he announced that he was officially retiring from touring after receiving pacemaker surgery.

In 1990, Clinton married Stephanie Lynn Clinton. They remained married for 22 years before George filed for divorce in 2013. He then married Carlon Thompson-Clinton, who previously acted as his manager for over a decade. Clinton had children prior to these marriages, and in 2020 his 50-year-old son was found dead in his Florida home. He died of natural causes.