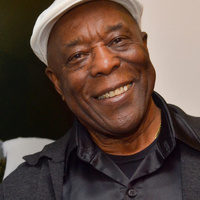 George Buddy Guy net worth: George Buddy Guy is an American blues guitarist and singer who has a net worth of $2 million dollars. Born in Lettsworth, Louisiana, George Buddy Guy began playing guitar at age two, after making his own two-string diddley bow. He began performing in Baton Rouge, Louisiana, and then relocated to Chicago in the late 50s. He subsequently won a guitar contest, and a recording contract, with Chess Records. The executives at Chess were not particularly interested in Mr. Guy's unique style, however, and attempted to shove him into the soul sound that was most popular during that time. It was never a particularly good fit, and though he stayed with the label for almost ten years, he only released one solo album during that time. It was not until the late 80s and early 90s, when the blues came back into style that he was recognized for his both is talent and his influence. He subsequently signed with Silvertone Records and has gone on to win six Grammy Awards for his solo work. He was inducted into the Rock and Roll Hall of Fame in 2005, and received The Kennedy Center Honor in 2012.