Geoff Tate Net Worth: Geoff Tate is a German-born American singer who has a net worth of $12 million. Geoff Tate was ranked number 14 on The Hit Parader's list of 100 Greatest Metal Vocalists, as well as Digital Dream Door which placed him as the 12th greatest Rock male vocalist. Born in Stuttgart, West Germany on January 14, 1959, Tate is best known for being the frontman of the metal band Queensryche.

He has been active in the music industry since 1981 and is also fluent in keyboards and saxophone. His family moved to Tacoma, Washington after his birth. He started out singing for a band called Babylon and was asked to sing for a cover band called The Mob. The band recorded a demo in 1981 and used original material for which Tate was asked to supply lyrics. The band eventually changed their name to Queensryche, and Tate joined permanently. They signed a contract extending fifteen years and seven studio albums with EMI Records, and they have now sold over 20 millions records. Tate was fired from Queensryche in 2012 and began touring as a solo project with a backing band in 2014. He released his third solo album, Frequency Unknown, in 2013. Tate has been married three times and has four daughters, named Miranda, Sabra, Bella, and Emily. 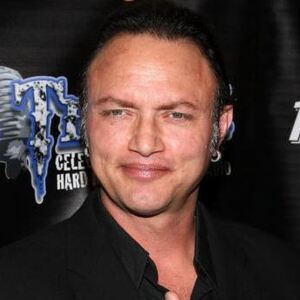