Geoff Downes net worth: Geoff Downes is an English musician, songwriter, and record producer who has a net worth of $8 million. Geoff Downes was born in Stockport, Cheshire, England in August 1952. He has been a member of bands including The Buggles, Yes, and Asia. The Buggles formed in 1977 and released their debut studio album The Age of Plastic in 1980 which reached #15 in France, #17 in Italy, #23 in Norway, #24 in Sweden, and #27 in the UK.

The band also released the album Adventures in Modern Recording in 1981 which reached #26 in the Netherlands. Their single "Video Killed the Radio Star" reached #1 in the UK, Australia, Austria, Sweden, and Switzerland. The band Yes formed in 1968 and Downes joined in 1980. He played on their 1980 album Drama which reached #2 in the UK as well as the albums Fly From Here in 2011 and Heaven & Earth in 2014. The band Asia formed in 1981 and have released 13 studio albums including their self-titled debut in 1981 which reached #1 in the US. Geoff Downes has also released several solo albums. 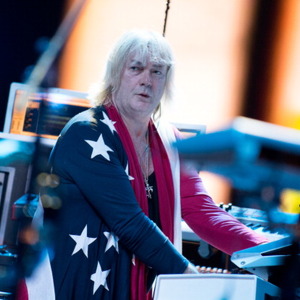