Gene Ween net worth: Gene Ween is an American singer and musician who has a net worth of $3 million. Gene Ween was born in in March 1970. He is best known for being the founding member of the alternative rock band Ween. He met Mickey Melchiondo (Dean Ween) in eighth grade and the two started jamming together. The pair started the band Ween in 1984 in New Hope, Pennsylvania. For the first ten years, the duo performed backed by a digital audio tape before expanding to a four and five piece band. Ween did not enjoy much commercial success but developed a large and devoted cult following. In 2012 Gene Ween quit the band which ended their 28 year run. Ween released 11 studio albums and six life albums as well as eight EPs. Their best known singles include "Push th' Little Daisies", "Freedom of '76", "Voodoo Lady", "Piss Up a Rope", "Mutilated Lips", "Ocean Man", and "Even If You Don't". After Ween broke up he started using his birth name Aaron Freeman and formed the band Freeman in 2014. In 2015 he performed a series of Gene Ween does Billy Joel concerts. He has also released solo albums and an album under the name Z-Rock Hawaii. 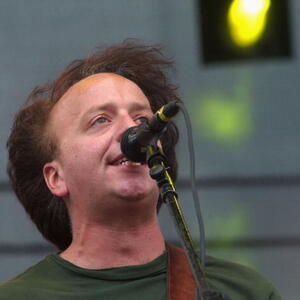