Geezer Butler net worth: Geezer Butler is a British musician who has a net worth of $70 million. Born in Aston, Birmingham, England, Geezer Butler, also known as Terence Michael Joseph Butler, launched his first band in the late 60s with friend Ozzy Osbourne.

The first band, Rare Breed, lasted only a short time due to the two musicians working in separate locations. The reformed a few years later, and ultimately renamed their group, Black Sabbath. A rhythm guitarist originally, he switched to bass when Black Sabbath formed, and became one of the first bass players to make use of the "Wah-wah" pedal. He was the primary lyricist for the group and performed with them until 1984. He formed the Geezer Butler Band in the mid 80s, and then returned to perform with Black Sabbath. Since then, he has performed with the group off and on, released multiple solo albums, and is currently performing in the group, Heaven and Hell, which is made up of Black Sabbath's guitarist Tony Iommi, and former Black Sabbath musicians, Vinny Appice and Ronnie James Dio. 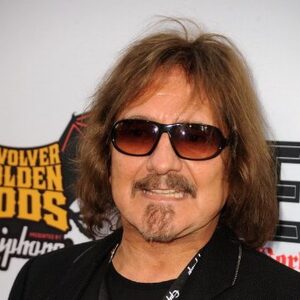