What is Geddy Lee's Net Worth?

Geddy Lee is an award-winning Canadian musician, producer, and songwriter who has a net worth of $40 million. Lee is the lead vocalist and bassist of the popular Canadian rock band Rush. Geddy also plays the keyboard for Rush. After joining the band in 1968, he has earned praise from critics and fans alike. Lee is considered one of the most technically-accomplished bassists in rock history, and many other bassists have been inspired by his playing style. He is also considered one of the best heavy metal vocalists of all time, utilizing a distinct "countertenor" falsetto. In 2013, Geddy Lee was inducted into the Rock and Roll Hall of Fame along with the other members of Rush.

Gary Lee Weinrib was born on July 29th of 1953 in North York, Ontario. Geddy was raised alongside two siblings in a Jewish household by holocaust survivors who were imprisoned in Auschwitz. His parents emigrated to Canada after the war ended. Although his father was a talented musician, his early death forced Geddy's mother to support the entire family. Lee was deeply affected by his father's passing, but channeled his grief into music.

After forming a band with a few high school friends, Geddy started booking his first paying gigs and soon decided to drop out of school. Although his mother was disappointed by this development, Lee was determined to show her that his decision would prove to be worthwhile. The nickname "Geddy" actually comes from the way his mother pronounced the name "Gary" due to her thick Eastern European accent. His friends overheard this and began to refer to him as "Geddy" from that point on.

Although Lee learned how to play the drums, trumpet, clarinet, and a variety of other instruments at an early age, he was eventually drawn to the bass guitar after becoming inspired by musicians like Jack Bruce, John Entwistle, and Jeff Beck.

After joining Rush in 1968, Geddy and the group played at a number of small venues, including coffeehouses and high school dances. After a few years went by, Rush began playing in notable Toronto venues, such as clubs and bars. While Rush was gaining momentum, the band members were not earning nearly enough to quit their full-time jobs. However, they kept moving forward, and by the early 70s they were opening for well-known bands. As they gained popularity, Rush started performing in concerts with bands like Aerosmith, Kiss, and Blue Oyster Cult.

In 1974, Rush released a self-titled debut album. Although the album failed to make much of a mark when it was first released, radio DJs eventually discovered many of its hits, including "Working Man." Rush followed up with the album "Fly By Night" in 1975, and that year they also cranked out another album called "Caress of Steel." Although the latter effort was a commercial failure, Rush bounced back in 1976 with "2112," which proved to be their first platinum album in Canada.

Rush reached a high level of performance from the late 70s to the early 80s. The group traveled to the United Kingdom to release two of their most well-known albums; "A Farewell to Kings" and "Hemispheres." These albums became known for their progressive sound and heavy use of synthesizers. After releasing a more mainstream album with "Permanent Waves," Rush reached the peak of their popularity with the album "Moving Pictures" in 1981, which contained their smash hit "Tom Sawyer." 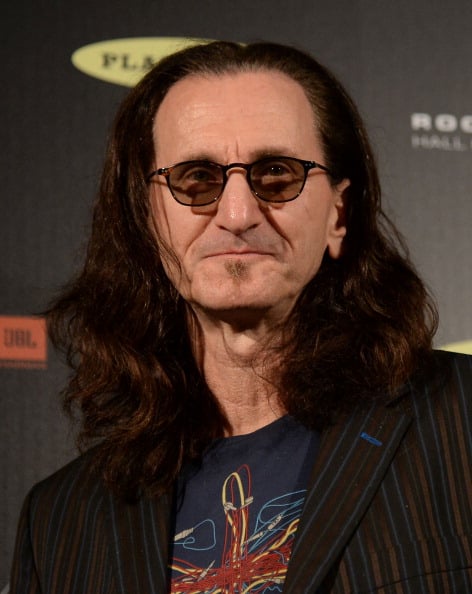 By this point, Rush had become one of the most popular rock bands in the world, and they regularly performed to sold-out arenas. Throughout the 80s, they shifted more towards synthesizers, and Geddy was able to play synthesizers and bass at the same time with foot pedals. By the mid-80s, Geddy appeared on stage surrounded by stacks of keyboards, moving across the stage and playing a variety of different instruments in a stunning manner. He has been praised for this technical ability by a number of critics, especially because he sings at the same time.

In the 90s, Rush reverted back to a more "traditional" rock and roll sound, and in 1997 they took a five-year hiatus from recording. It was during this period that Lee released his only solo album to date: "My Favourite Headache." He collaborated with a number of well-known artists to create this album. Outside of his solo work, Lee has worked with many musicians on various projects, including the band Yes, Max Webster, and the band Boys Brigade.

In 1976, Geddy Lee married Nancy Young. The pair have welcomed two children into the world.

Geddy Lee has a number of notable (and expensive) tastes, mostly in terms of collectibles. He is a passionate wristwatch collector, having amassed an impressive collection of 40 pieces. These include a number of rare Rolexes, Tudors, Heuers, and Patek Calatatravas. For daily wear, he favors a Heuer Carerra from the 1970s. Many of these wristwatches are rare Canadian models that were never exported.

Lee is also an avid wine enthusiast, and his collection is said to exceed 5,000 bottles. He admitted that he built himself a wine cellar in the 80s in order to store his collection. He makes annual trips to France in order to add to his collection, and he also spends time tasting various cheeses during these journeys.

In addition, Geddy is a committed baseball fan who supports the Toronto Blue Jays. He has collected a range of baseball memorabilia over the course of his life, and he once donated a portion of his collection to the Negro Leagues Baseball Museum. Finally, Lee has a stunning collection of vintage bass guitars that numbers in the hundreds. 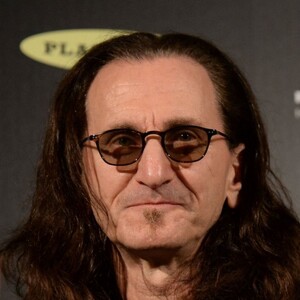