They released several albums before they had commercial success with the album Fear of a Blank Planet in 2007 which reached #31 in the UK and #59 in the US. Their album The Incident was released in 2009 and reached #23 in the UK and #25 in the US. Harrison joined the band King Crimson in 2008 and has played on several live albums. He has also played on albums by The Pineapple Thief, Gleb Kolyadin, Franco Battiato, The Tangent, Harry Shearer, Alice, Angela Baraldi, B.J. Cole, Black, Blackfield, Camouflage, Claudio Baglioni, Dave Stewart & Barbara Gaskin, Eddie & the Tide, Iggy Pop, Manfred Mann's Earth Band, and many more. 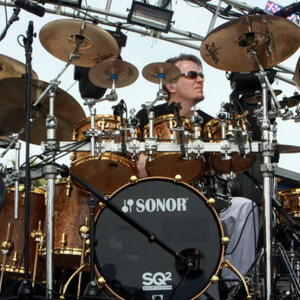