How much is Gary LeVox Worth?

Gary LeVox net worth: Gary LeVox is an American singer-songwriter who has a net worth of $60 million dollars. Gary LeVox was born Gary Wayne Vernon, Jr. in Columbus, Ohio in July 1970. He is best known as the lead vocalist of country group Rascal Flatts. His first musical performance came at eight years old in a church play. Gary graduated from The Ohio State University and moved to Nashville, Tennessee in 1997. He and his second cousin and fellow Rascal Flatts member Jay DeMarcus produced and engineered the album Gospel for Michael English which was nominated for a Dove Award. Gary and Jay became English's backup band. They first played together for Chely Wright. LeVox is the lead vocalist for Rascal Flatts which formed in 1999. The group has released nine studio albums and have had 26 singles reach the Top 20 on the Billboard Hot Country Songs chart. Some of their hits include "Bless the Broken Road", "What Hurts the Most", and "My Wish". The group won a Grammy Award and countless other awards including Academy of Country Music, Country Music Association, Billboard Awards, and People's Choice. In 2012 the band received a star on the Hollywood Walk of Fame. Gary married his wife Tara in 1999 and the couple has two daughters. 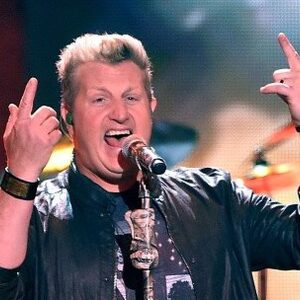