Gary Holt net worth: Gary Holt is an American guitarist who has a net worth of $8 million. Gary Holt was born in Richmond, California in May 1964. He is the guitarist and songwriter for the metal band Exodus and is a guitarist for the metal band Slayer since 2013. As part of Exodus, Holt has been featured on the albums 1982 Demo, Bonded By Blood, Pleasures of the Flesh, Fabulous Disaster, Impact Is Imminent, Good Friendly Violent Fun, Lessons in Violence, Force of Habit, Another Lesson in Violence, Tempo of the Damned, Shovel Headed Kill Machine, The Atrocity Exhibition… Exhibit A, Let There Be Blood, Exhibit B: The Human Condition, and Blood In, Blood Out. 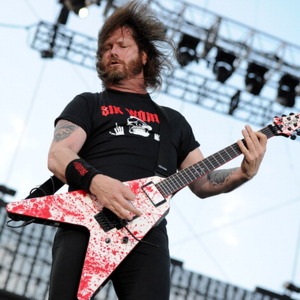