How much is Garth Hudson Worth?

Garth Hudson Net Worth: Garth Hudson is a Canadian musician who has a net worth of $250 thousand. Born in 1937 in Windsor, Ontario, Canada, Garth Hudson was involved with music from a young age. He wrote his first song before his 12th birthday and appeared with professional bands a year later. He joined his first rock and roll group, the Capers, in 1958, before joining The Hawks three years later. When The Hawks split from Ronnie Hawkins, they would eventually become known as The Band by the late '60s. The new group worked closely with Bob Dylan, working on the "Blonde on Blonde" album and touring with him in 1966. The Band released its debut album, "Music from Big Pink", which features Hudson on the organ. After The Band broke up, Hudson worked on a variety of albums with other acts, including Van Morrison, and spent time on movie soundtracks. When The Band got back together in 1983, they toured the globe and put out three albums during the '90s. Hudson's debut album, "The Sea To The North", released on September 11, 2001. He went on to earn the Lifetime Achievement Award given by the Canada South Blues Society. His other efforts include 2005's "Live at the Wolf", 2005's "Our Lady Queen of the Angels", and 2010's "Garth Hudson Presents: A Canadian Celebration of The Band". Several of his movie credits include "Raging Bull", "The Right Stuff", "Man Outside", and "Festival Express". Hudson and his wife, Maude, play in a duo. He is considered one of the greatest organists in rock music. 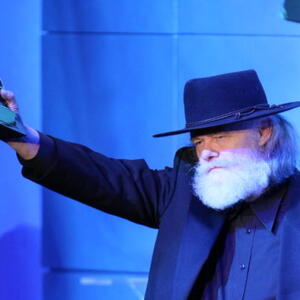