Their self-titled debut studio album was released in 1980. They broke through in 1982 with the album Shabooh Shoobah which was certified 2x Platinum and hit #5 on the charts in Australia. Their 1984 album The Swing hit #1 and was 5x Platinum in Australia. Their 1985 album Listen Like Thieves also hit #1 in Australia and was certified 4x Platinum. Their 1987 album Kick was 7x Platinum in Australia and hit #1 in Canada. INXS' singles include "The One Thing", "Don't Change", "Original Sin", "I Send a Message", "What You Need", "New Sensation", and "Suicide Blonde". Beers co-wrote the song "She's so Cold" with Scott Weiland. He formed the band Stadium in 2015. 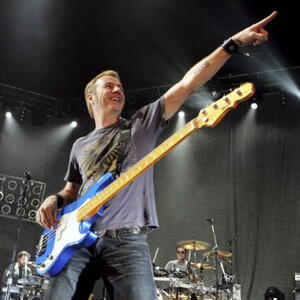