How much is G. E. Smith Worth?

G. E. Smith net worth: G. E. Smith is an American guitarist who has a net worth of $10 million. G. E. Smith was born in Stroudsburg, Pennsylvania in January 1952. Over the years he has been the lead guitarist for Hall & Oates and Bob Dylan and was also the musical director of Saturday Night Live. His mother bought him his first electric guitar at 11 years old. In 1992 he served as musical director of The 30th Anniversary Concert Celebration for Bob Dylan at Madison Square Garden in New York. Smith has recorded and performed with many artists. He released his debut studio album The World in 1981 and also released Get a Little in 1993 with the Saturday Night Live Band and Incense, Herbs and Oils in 1998. He was also lead guitarist for the band Moonalice and has played for Roger Waters' The Wall Live tour. In 2015 he appeared on the NBC Saturday Night Live 40th Anniversary Special. G.E. was married to SNL cast member Gilda Radner from 1980 to 1982 and married Taylor Barton in 1990. He won an Emmy Award for leading the SNL band. 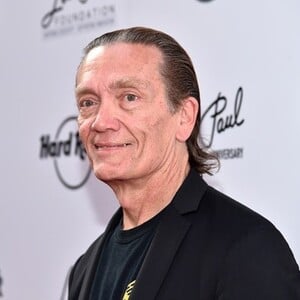