Frankie Sullivan net worth: Frankie Sullivan is an American guitarist and songwriter who has a net worth of $20 million. Frankie Sullivan was born in Chicago, Illinois in February 1955. He is best known for being a member of the band Survivor and is the only remaining original member. Survivor formed in 1978 and released their self-titled debut studio album in 1980.

They released the album Premonition in 1981 and their album Eye of the Tiger was released in 1982 and was certified Platinum. Survivor released the album Caught in the Game in 1983 and their album Vital Signs in 1984 was also certified Platinum. They have also released the albums When Seconds Count in 1986, Too Hot to Sleep in 1988, and Reach in 2006. Their best-known single "Eye of the Tiger" reached #1 on the Billboard Hot 100, US Mainstream, Australian, and UK charts. Their singles "I Can't Hold Back" and "The Search is Over" also made it to #1. In 2018, Frankie reportedly sold 50% his song catalog to Sony for $12.9 million (before taxes). 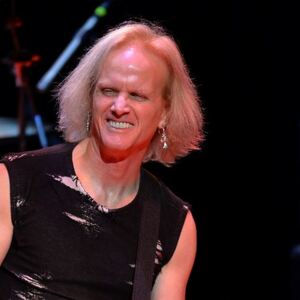