Frankie Banali net worth: Frankie Banali was an American rock and roll drummer who had a net worth of $10 million at the time of his death in August 2020. He was best known for being the drummer of the heavy metal band Quiet Riot.

Frankie Banali was born in Queens, New York in November 1951. Banali moved to Los Angeles, California and played drums with bands including Steppenwolf. In addition to playing drums for Quiet Riot Banali also has served as the band's manager since 1994. Quiet Riot was formed in 1973 and went through two name changes. They were ranked #100 on VH1's 100 Greatest Artists of Hard Rock. Their debut self-titled studio album was released in 1977 in Japan only. They released the album Quiet Riot II in Japan only in 1978 before releasing their 1983 album Metal Health which was certified 6x Platinum and reached #1 on the Billboard 200 chart as well as #5 in Canada. The band's 1984 album Condition Critical was certified Platinum. Quiet Riot's most successful single is "Cum on Feel the Noize" which was certified Gold and reached #5 on the Billboard Hot 100 chart. Banali has also released seven albums with the band W.A.S.P. which have sold over 12 million copies.

Frankie Banali died on August 20, 2020 at the age of 68 after a 16-month battle with cancer. Upon his passing, his wife released a statement saying that "He lived for playing live and performed for millions of fans around the world throughout his career. His wish for everyone is that you be your own health advocate for early detection so you may live long and rescue many animals." 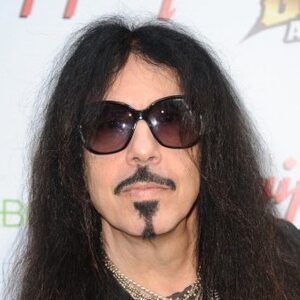