Frank Zappa Net Worth: Frank Zappa was an American musician, composer, guitarist, recording engineer, record producer and film director who had a net worth of $1 million at the time of his death. Frank was an unprecedented rock musician. He was known for his terrific musical knowledge and outrageous sense of humor. In a more than a three-decade-long career, Zappa composed atypical works ranging from rock and jazz to orchestral and musique concrète musical pieces. He is considered to be one of the most innovative performers and creators of his time. He produced more than 60 albums during his lifetime, some together with the band "The Mothers of Invention" and others as a solo artist. His estate has released more than 40 posthumous albums.

A self-taught composer as he was and influenced by various types of music, Frank created tunes that critics often found difficult to categorize. In addition to his vast musical opus, he was a loud critic of mainstream education and organized religion, as well as a passionate advocate for freedom of speech, self-education, political participation and abolition of censorship.

Financial Situation: The exact value of Frank's estate at the time of his death is extremely difficult to pin down. By some reports, years after Frank's death the estate was "beyond broke," perhaps even millions of dollars in debt at the time he died. His daughter Moon would later claim that she was pressured into selling a home to help raise $250,000 needed for Frank's cancer treatments.

The situation worsened after his death thanks largely to an expensive battle his widow waged with a record company over the digital streaming rights to his catalog. Frank's children fought for years over the right to perform using the last name "Zappa" and the ability to monetize their father's image. In the years after his death, the estate has earned many millions of dollars through licensing agreements, merchandise sales, film rights, memorabilia and more.

In November 2016, just a two months after the siblings finalized the sale of Frank's former home, Dweezil stated in an interview that his late mother Gail had "run herself and the business into the ground, spent $20 million in lawsuits and by her demise was $6 million in debt."

More info on the estate battle over the Frank Zappa Family Trust later in this article.

Laurel Canyon Home: In the late 1960s, Frank paid $74,000 for what would become an infamous home in LA's Laurel Canyon neighborhood. The home was also his music studio.

In June 2016, several months after his widow Gail's passing, the home was listed for $5.5 million.

Early Life: Zappa was born in Baltimore, Maryland on December 21, 1940 to parents Rose Marie and Francis Zappa. His mother was of Italian and French ancestry while his father was Sicilian, Greek, and Arab. He was the eldest of four total children and the family often spoke Italian at home. Due to his father's career in the defense industry, the family moved often. The family lived near a U.S. military chemical warfare facility for some time during Zappa's childhood, which had a profound effect on the boy as can be heard in his later creative work, which often makes reference to warfare and the defense industry. Zappa also had a number of health conditions during his childhood, including asthma and earaches, and the family ultimately relocated to San Diego for health reasons.

Zappa attended Mission Bay High School in San Diego, where he joined his first band as a drummer. The family then moved to Lancaster in the Mojave Desert where Zappa attended Antelope Valley High School. He again joined a band and continued developing his musical interest, deciding to learn how to play the guitar. Entirely self-taught, Zappa was composing his own musical arrangements by his final years in high school. He briefly attended Chaffey College but withdrew after one semester as he decided to devote his time to becoming a professional musician and composer.

Career: Zappa spent much of his early career playing in different nightclubs and composing the soundtracks and scores for low budget films. He also worked as a producer for a number of local artists and eventually came to run his own recording studio, which he dubbed Studio Z.

He also joined a local R&B band, the Soul Giants, which was subsequently renamed the Mothers. After Zappa convinced the band they should be playing his music, they were able to land a record deal with famous producer Tom Wilson. It was with his help that they released the groundbreaking and experimental album, "Freak Out!" Wilson also produced the Mothers' second album, "Absolutely Free" in 1967.

The band then moved to New York to pursue a contract at the Garrick Theater. Zappa made a name for himself in the avant-garde music scene of the city. It was there that the Mothers' also released their third and most well-received album, "We're Only in It for the Money" in 1968, which was produced by Zappa himself. From that period onward, Zappa produced all of the Mothers' albums while he also continued working on the business side of his career by producing albums and tracks for other bands like Captain Beefheart and the Persuasions. 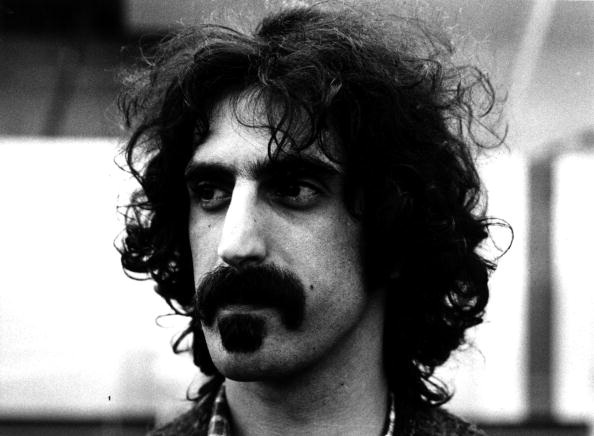 In 1969, Zappa decided to break up the Mothers' due to financial strain and began releasing solo music, with his "Hot Rats" album. However, he decided to reform the Mothers only a year later, in 1970. The new band debuted together on the soundtrack for the 1971 film, "200 Motels" and then began touring. While playing a show in London, Zappa was pushed off the stage by a jealous fan, which resulted in significant injury and forcing Zappa to use a wheelchair for over half a year. He wasn't able to begin touring again until 1972.

Over the next decade, Zappa dealt with a number of business breakups with various record labels, resulting in a number of lawsuits. However the 1970s ended on a high, with Zappa releasing two of his most successful albums, "Sheik Yerbouti" and "Joe's Garage" on his own record label, Zappa Records. He later released a number of purely instrumental albums and began using the Synclavier, an early digital synthesizer, throughout most of the 1980s. In 1986, he remastered all of his earlier works to CDs and undertook his last tour in 1988.

Personal Life: Zappa married Kathryn Sherman in 1960 though the couple divorced in 1963. In 1967, he married Adelaide Sloatman after meeting her on a promotional tour for the album "Freak Out!" Claiming that he fell in love within a couple of minutes, the couple remained together until Zappa's death and had four children. Adelaide is better known today as Gail Zappa.

Zappa was somewhat of a controversial figure, openly expressing his views on limited government, atheism, and anti-censorship. He also did not support formal education and refused to pay for his children to go to college.

In 1990, Zappa was diagnosed with advanced prostate cancer, which had gone unnoticed for a number of years and was thus considered inoperable. Zappa continued working after his diagnosis, finally completing a major musical work that he had begun in the 1980s, "Civilization Phase III," and giving a number of concerts around the world in cities like Prague, Los Angeles, and Frankfurt. However his deteriorating health eventually forced him to stop performing.

Frank Zappa passed away at home on December 4, 1993 only a couple of weeks before his 53rd birthday. The family held a private ceremony for him the following day and he was buried in an unmarked grave at the Westwood Village Memorial Park Cemetery in Los Angeles.

In the years following his death, Zappa has been honored by a number of awards and publications. He was inducted into the Rock and Roll Hall of Fame in 1995 and named one of VH1's "100 Greatest Artists of Hard Rock" in 2000. One of his final works, "Civilization Phase III" won a Grammy Award in 1996 and he was also awarded the Grammy Lifetime Achievement Award in 1998. 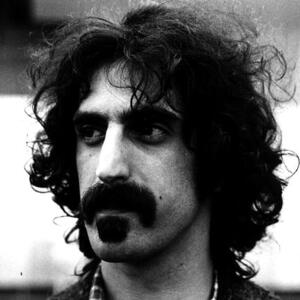