Finneas O'Connell plays piano, keyboard, guitar, bass, and digital audio workstation. He has written songs for artists including his sister Billie Eilish. He is also an actor and had recurring roles on the TV series Modern Family as Ronnie Jr. from 2013 to 2014, Glee as Alistair in 2015, and Aquarius as Earnest Boy in 2015. Finneas O'Connell has also appeared in the films Bad Teacher, Life Inside Out, and more. He released his debut extended play Blood Harmony in 2019. Finneas O'Connell has also written songs for artists including The Knocks, Rebecca Black, Ashe, Selena Gomez, and Camila Cabello. In 2019 he won an ASCAP Pop Music Award Vanguard Award with his sister Billie Eilish. Finneas O'Connell was nominated for five Grammy Awards in 2020 including Record of the Year and Song of the Year for "Bad Guy", Album of the Year and Best Engineered Album, Non-Classical for When We All Fall Asleep, Where Do We Go?, and Producer of the Year, Non-Classical.

In September 2020 he paid $5.2 million for an oceanfront home in Malibu. 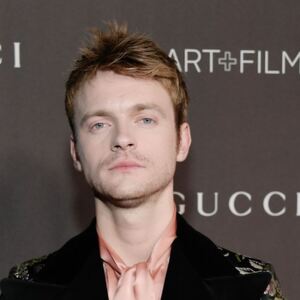