Fat Mike net worth: Fat Mike is an American musician and producer who has a net worth of $5 million. Fat Mike was born in Los Angeles, California in January 1967. He is best known for being the bassist and lead vocalist for the punk band NOFX as well as the bassist for the punk super group Me First and the Gimme Gimmes.

Fat Mike also temporarily played bass for the band Against Me!.  NOFX formed in 1983 and have released a total of 12 studio albums with their 2003 album The War on Errorism reaching #1 on the US Independent chart. They have never been signed to a major label and have sold more than eight million records worldwide which makes them one of the most successful independent bands ever. Me First and the Gimme Gimmes formed in 1995 and work exclusively as a cover band. They have released six studio albums including Love Their Country in 2006 which reached #4 on the US HeatSeekers chart. Fat Mike is also politically active and founded the website Punkvoter.com in 2004. 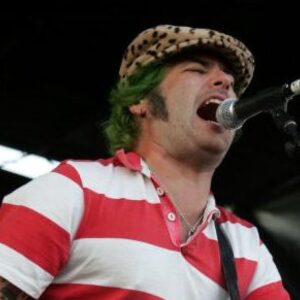