Fabrizio Moretti net worth: Fabrizio Moretti is famous musician and drummer who has a net worth of $10 million. Moretti is of Italian and Brazilian decent, having been born in Rio de Janerio, and is most well known for being the drummer for the indie rock band, The Strokes. He also has a side musical project, working on an album called Little Job, which was released by Rough Trade Records during The Strokes' hiatus.

Born in 1980, Moretti has been playing with The Strokes since 1998, when he helped found the band, along with two others, in college prep school. He then went on to attend college, but dropped out to focus on his band. Moretti's parents moved the family to New York City when he was three years old. It was their plan to stay for three years, though they ended up staying for 17. They, along with his younger brother then moved back to Brazil, where Moretti visits them twice per year. He is also fluent in Portuguese, the native language of Brazil. Moretti has been in the public eye for various relationships, including his five-year stint with actress Drew Barrymore, whom he dated from 2002 to 2007. He has also dated actress/comedian Kristen Wiig. 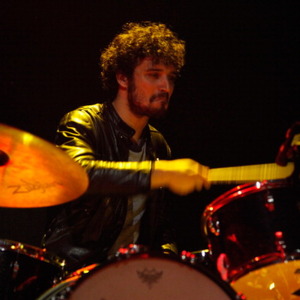