How much is Ernie Isley Worth?

Ernie Isley net worth: Ernie Isley is an American musician who has a net worth of $2 million dollars. Born in Cincinnati, Ohio on March 7, 1952, Isley is best known for being a member of The Isley Brothers. He has been active in the music industry since 1969 and plays guitar, drums, and bass. He has been associated with The Isley Brothers, Isley-Jasper-Isley, and has completed work as a solo artist. His most notable instrument is a Fender Stratocaster, and his style ranges from R&B, to funk, to rock. He currently lives in St. Louis, Missouri and is married with one daughter named Alexandra. Isley is a primary songwriter for The Isley Brothers and went on to become a music mentor for local community-driven music programs as well as a guest lecturer at Berklee School of Music. He has designed three Zeal Stratocasters via Fender and in 2010 and 2011 took part in the Experience Hendrix Tour. 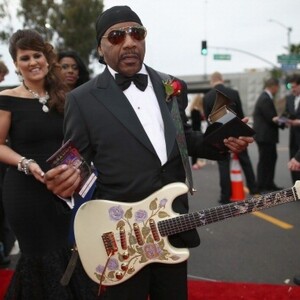