Eric Singer Net Worth: Eric Singer is an American drummer who has a net worth of $15 million. Eric Singer was born Eric Doyle Mensinger in Euclid, Ohio in May 1958. He is best known as being the drummer for the rock band Kiss and formerly for Alice Cooper. He started playing drums at an early age and his father was a local big band leader.

He worked at King Musical Instruments. His first pro job was for Lita Ford as her touring drummer in 1984. He joined the band Black Sabbath in 1985 and recorded two albums with the band. He then joined the new band Badlands with Ray Gillen and played on their debut album. He became Paul Stanley's touring drummer in 1989. Singer joined Kiss in 1991 after former drummer Eric Carr passed away. He played on albums Revenge and Carnival of Souls: The Final Sessions, as well as toured with Kiss until 1996 when original drummer Peter Criss reunited with the band. Singer toured with Queen guitarist Brian May and then rejoined Kiss in 2001. Singer sang the song "All for the Love of Rock & Roll" on the band's 20th studio album Monster in 2012. He joined Alice Cooper's band in 2000 after performing with him for several years. He has been featured on three albums by Alice Cooper. Singer formed the Eric Singer Project and the group has released one studio album. He has also played with the band Avantasia. 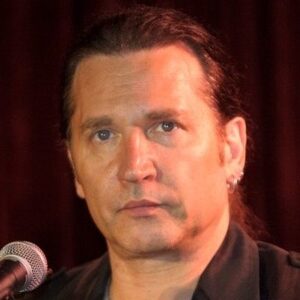