What is Emma Bunton's Net Worth?

Emma Bunton is a British pop singer who has a net worth of $30 million. She is best known for her role in the incredibly popular group Spice Girls. During this time, she was known as "Baby Spice." With this group, Bunton managed to sell over 100 million records around the globe, becoming the best-selling female group of all time. The Spice Girls are considered one of the most iconic elements of the 90s.

Outside of her work with the Spice Girls, Bunton has pursued a successful solo career. Her debut album "A Girl Like Me" was released in 2001, charting well and receiving gold certification. This album contained the hit "What Took You So Long?," which topped the UK singles charts. She released two more albums throughout the 2000s before reuniting with the Spice Girls in 2007 for an international tour and greatest hits album. In 2018, the Spice Girls reformed with Geri Halliwell, Melanie C, and Mel B. Emma continues to release solo albums.

Outside of music, Bunton has appeared in a number of television series and films. These include a recurring role in the comedy series "Absolutely Fabulous." She also participated in the dancing competition show "Strictly Come Dancing." In addition, she has served as a judge on "Dancing on Ice" and "Your Face Sounds Familiar." She is also known for her role as a radio presenter on "Heart Breakfast Show" alongside Jamie Theakston.

Emma Lee Bunton was born on January 21st of 1976 in Finchley, London, England. Initially raised by a milkman and karate instructor, Emma watched her parents split up at the age of 11. From that point onwards, she lived with her mother and grew up alongside her younger brother. During her early years, she attended an art school and befriended actress and producer Keeley Hawes. Before getting into music, Bunton pursued a career as an actress, briefly appearing in shows like "EastEnders," "The Bill," and "To Play the King." She also appeared in a film published by the British government about firework safety.

Bunton's true entertainment career began in 1994 when she responded to an advertisement for a new musical group. Among the other 400 applicants were Melanie C, Mel B, Geri Halliwell, and Victoria Beckham. While these other women won places, Bunton was initially sidelined. The first choice was Michelle Stephenson, but she was replaced with a woman called Abigail Kis. Finally, Kis was replaced by Bunton, forming the group that we all know today.

Initially, the Spice Girls were represented by Heart Management, although they quickly parted ways with this organization due to contract disputes. They then connected with Simon Fuller, who signed them to a contract in 1995 through his company, 19 Entertainment. That year, the group also signed a record deal with Virgin Records. While touring the United States, the Spice Girls worked on their debut album.

In 1996, the Spice Girls released their debut single, "Wannabe." This instantly elevated Bunton and the rest of the group to worldwide fame, as it proved to be a chart-topping hit in 34 countries. It later became the most commercially successful single by an all-female group. The Spice Girls continued to release very popular hits over the next few years, and released equally popular albums such as "Spice," "Spiceworld," and "Forever." Some of the most notable hits from these albums included "Who Do You Think You Are," "Spice Up Your Life," and "Stop."

During this time, Bunton also ventured into other musical pursuits. She recorded a song for a Pokemon film in 1998 and also contributed to Melanie B's single "Sophisticated Lady." After the release of "Forever" in 2000, the Spice Girls stopped recording new music and focused on advancing their own individual solo careers.

In 2001, Emma Bunton released her debut solo album, "A Girl Like Me" through Virgin Records. It peaked at number four on the UK album charts. It also contained the hit single "What Took You So Long?," which debuted at number one on the UK singles charts. However, this success was short-lived, and Emma's album quickly descended down the rankings. Still, Bunton managed to receive gold certification for the album, selling more than 125,000 units in the UK alone. However, these numbers were not encouraging for Virgin Records, and the company terminated her contract in 2002. 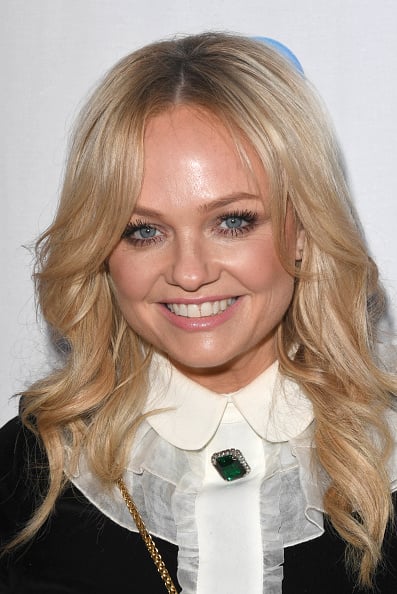 Simon Fuller then agreed to sign her to a new contract via his company, 19 Recordings. She then released her second album, "Free Me," in 2004. This was praised by critics for its Motown influences, and Bunton earned a gold certification once again. "Free Me" included singles like "Maybe" and "I'll Be There," which charted well and proved popular at dance clubs. During this period, Emma appeared in a Bollywood film called "Chocolate: Deep Dark Secrets."

By 2006, Emma had begun to veer more towards television opportunities. She competed in "Strictly Come Dancing," reaching the semi-final and placing third with her partner, Darren Bennett. She then re-emerged in the music scene, releasing the well-received charity single "Downtown" before coming out with her third studio album, "Life in Mono." Unfortunately, this latest effort failed to chart within the top 10 on the charts.

In 2007, the Spice Girls announced plans to tour once again, each receiving about 10 million pounds from the endeavor. They also released a greatest hits album during this period. Over the next few years, Bunton continued to perform with the Spice Girls in concerts, musicals, and Olympics ceremonies. She also continued to pursue her own solo career and entertainment career.

In 1999, Emma Bunton purchased a penthouse in Hampstead, London for 1.6 million pounds. She later experienced issues with her neighbors, who accused her of creating excessive amounts of noise. Later, it was reported that she and her partner Jade Jones had purchased a home together in Barnet, London. 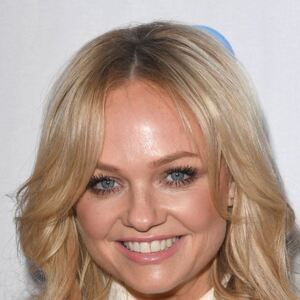