What was Eddie Money's Net Worth?

Eddie Money was an American singer and songwriter who had a net worth of $20 million at the time of his death in 2019. Eddie became popular in the 1970s and remained popular throughout the 1980s with a number of hit songs like "Baby Hold On," "Two Tickets to Paradise," and "Take Me Home Tonight." Money was a regular on MTV with videos for "Think I'm in Love" and "Shakin'."

Unfortunately Eddie died on September 13, 2019 at the age of 70. A month before his death his family announced that the longtime smoker had stage-4 esophageal cancer. Eddie and his wife Laurie married in 1989 and were together up to his death. They had five children together. The family had homes in Manhattan, Los Angeles and the San Francisco Bay Area.

Edward Joseph Mahoney was born in Brooklyn, New York City on March 21, 1949 to a large Irish Catholic family. His mother, Dorothy Elizabeth, was primarily a homemaker while his father, Daniel Mahoney, was a police officer. Mahoney grew up in Levittown but spent much of his teenage years in Queens. He began performing as a street singer at the age of 11 and played in rock bands as a teenager. Although he was thrown out of high school at one point, he did graduate from Island Trees High School in 1967.

He then decided to join the New York City Police Department as a trainee, following the footsteps of his father, brother, and grandfather. However he was ultimately not interested in a career with the police and decided to pursue a career in music. In 1968, he moved to Berkeley, California and began studying with vocal coach Judy Davis.

Money soon changed his performing name to Eddie Money and began playing regularly at various clubs in the San Francisco Bay Area. He secured a recording contract with Columbia Records after catching Bill Graham's attention. He released his debut album in 1977 and two of the singles on it charted, including one of his best-known hits "Two Tickets to Paradise."

His career began to really take off following the release of his album and he opened for Santana in 1978. Throughout the early 1980s, he also began to appear on television and in film in productions like "The Midnight Special," "Solid Gold," and "American Bandstand." Following his 1983 album, "Where's the Party?" Money experienced a career decline due to his drug addiction. However he was able to make a comeback in 1986 with his album, "Can't Hold Back." The album was certified platinum and featured the single, "Take Me Home Tonight," which peaked at number 4 on the Billboard Hot 100 chart in the United States. 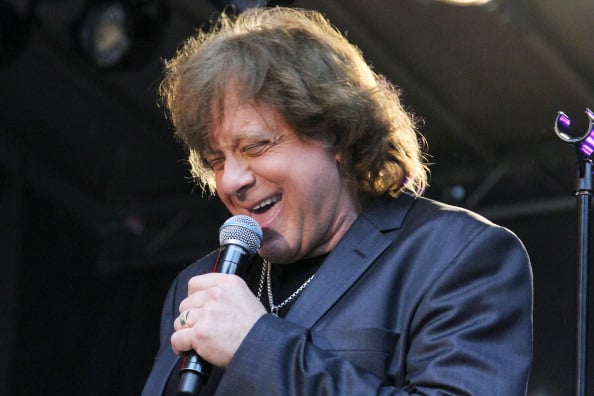 In 1987, Money was nominated for the Grammy Award for Best Male Rock Vocal Performance for "Take Me Home Tonight," though he did not win. In 1988, he released another album, "Nothing to Lose." This album featured the singles "Walk on Water" and "The Love in Your Eyes." Money began working on songs for films during this period of time as well. He worked on music for "Americathon" in 1979, "Over the Top" and "Back to the Beach" in 1987, "Kuffs" in 1992, and "Hardball" in 1989 and 1990.

Money appeared in the documentary film "Wonderland" in 1997, which focused on his high school town of Levittown. He also played a fictionalized version of himself in a 1999 episode of "The Drew Carey Show." He also appeared in an episode of "The King of Queens" in 2002. Money landed a hosting position on "Money in the Morning," a radio show on WSRV in 2011, though the position only lasted around six months. He also appeared in a GEICO commercial in 2012.

In 2018, he appeared in "The Kominsky Method." The same year, "Real Money" premiered on AXS TV. The show was a reality television series that depicted Money and his family.

He returned to his music career in 2019, releasing the track "Brand New Day" from his upcoming album of the same name in May. The album was not released the following month, as it was supposed to, given Money's health. The album "Brand New Day" was ultimately released in April of 2020 as a five-song EP.

In 1980, Money overdosed on a synthetic barbiturate which led him to suffer damage to the sciatic nerve in one of his legs. He was unable to walk for months and then had a permanent limp. Money began dating Margo Lee Walker, a student from Los Angeles, in the early 1980s. The couple got married on Valentine's Day in 1984 in Moraga, California. The got divorced not too long after and Money then began dating Laurie Harris. Money and Harris were married in 1989 and went on to have five children together and were married for thirty years.

Money continued struggling with drugs and alcohol and joined a 12-step program in 2001. He reported in 2003 that the was sober. Money and his family had homes both in California and Florida.

In 2019, in the midst of a tour, Money had to have heart surgery and contracted pneumonia, causing him to cancel some tour dates. It was soon after revealed that Money was diagnosed with stage 4 esophageal cancer, caused in part by his years of smoking cigarettes. He died on September 13, 2019 at the age of 70 due to complications related to his cancer in Los Angeles. 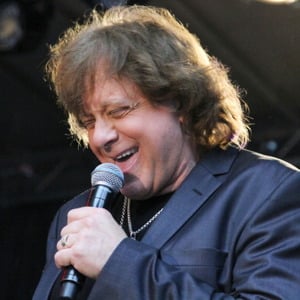