Eddie Jackson Net Worth: Eddie Jackson is an American musician who has a net worth of $15 million dollars. The bass player for the extremely popular metal band, Queensryche, Eddie Jackson has been touring and performing with the group since 1981. He has recorded 14 studio albums with Queensryche, with a fifteenth forthcoming in 2011. Born January 29, 1961, in Robstown, Texas, US, he made a name for himself as the bass guitarist for the progressive metal band, Queensrÿche. He first started playing guitar at the age 14. But it was an acoustic one, and he switched to playing electric and bass guitar two years later. Blessed with talent for music, Jackson also experimented with singing and beating drums. It was in the late 1979 when Jackson met drummer and future bandmate Scott Rockenfield, under whose sway he joined his band Cross+Fire in 1980. The combo later changed its name to The Mob, and in 1982 to Queensrÿche. Jackson has been touring and performing with the band since, and became notoriously known for putting pranks on the inside of album covers, especially in the liner notes. He has recorded 17 studio albums with the band, the most recent two  being the eponymous Queensrÿche, which was released in June of 2013 and Condition Human which was released in 2015. 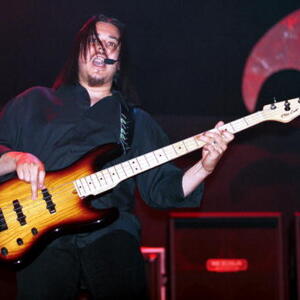