What is Ed Kowalczyk's Net Worth?

Ed Kowalczyk is an American musician who has a net worth of $8 million. Ed Kowalczyk first achieved recognition as the lead vocalist and rhythm guitarist of the rock band, Live. Following his departure from the band in 2009, he embarked on a solo career and released the albums "Alive" and "The Flood and the Mercy." Kowalczyk also released an EP entitled "The Garden."

Kowalczyk met his future Live band mates while at William Penn Senior High School. They formed the group in the late 80s, and released their first album in 1991. The album achieved Platinum status in the US. Over the course of the next fifteen years, they would release six more albums. Their 1994 release, "Throwing Copper", was a smash hit and was certified eight times Platinum in the US and seven-times Platinum in Canada. Their subsequent albums were not as popular, but still managed to chart successfully.

In 2009, Ed Kowalczyk rather abruptly left the group to launch a solo career. His exit was met with anger by his former band mates. He released his first solo album, "Alive" in 2010. The album charted at 166 on the US Billboard charts, but fared much better on the Christian charts, reaching #6. He continues to perform as a solo artist and has reunited with Live.

Ed Kowalczyk was born on July 16, 1971 in York, Pennsylvania to a family of Polish heritage. He has a younger brother named Adam. As a teen, Kowalczyk went to William Penn Senior High School, where he met the other three future members of his band Live.

The rock band Live began in the early 80s as First Aid; it consisted of Chad Taylor on lead guitar; Patrick Dahlheimer on bass; and Chad Gracey on drums. In 1984, Kowalczyk joined the group as lead vocalist; the band subsequently cycled through a variety of names including Action Front, Club Fungus, and Paisley Blues. Finally settling on Public Affection, the group self-released an original cassette entitled "The Death of a Dictionary" in 1989. The following year, the band released an EP of demos, and the year after that, landed a contract with Radioactive Records. In June of 1991, the group officially changed its name to Live. It subsequently recorded the EP "Four Songs," which launched the single "Operation Spirit (The Tyranny of Tradition)." Live's debut album, "Mental Jewelry," came out a few months later. Written by Kowalczyk, some of the album's lyrics were inspired by the Indian philosopher Jiddu Krishnamurti.

Live began achieving mainstream recognition in the mid-90s thanks to its appearances on the MTV 120 Minutes tour, Peter Gabriel's WOMAD tour, and at Woodstock '94. The band finally had its breakthrough with the album "Throwing Copper," which spawned the singles "I Alone," "All Over You," "Selling the Drama," and "Lightning Crashes." In 1995, the album made it to number one on the Billboard 200. Live continued to reach more audiences when it performed on "Saturday Night Live" and the UK program "The Word." The band released its next album, "Secret Samadhi," in 1997; also a success, it debuted at number one on the Billboard 200. This was followed by the album "The Distance to Here," which debuted at number four. 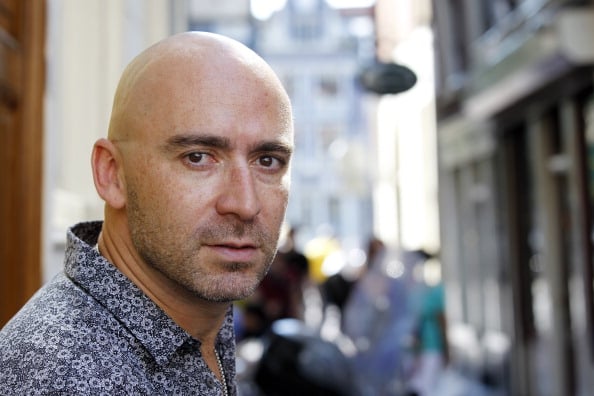 In 2001, Live released a more experimental album called "V," which featured the singles "Overcome" and "Simple Creed." Next came the 2003 album "Birds of Pray," which gave the band a Billboard Hot 100 hit single with "Heaven." A greatest hits compilation entitled "Awake: The Best of Live" followed. After signing to Epic Records in 2005, Live released "Songs from Black Mountain," the last to feature Kowalczyk before his initial departure from the band in 2009. He returned after a seven-year hiatus in 2016. Live went on to release the singles "Love Lounge" and "Be a Giver, Man" and the EP "Local 717."

After his departure from Live, Kowalczyk embarked on his solo recording career. He released his debut solo album, "Alive," in 2010. Featuring spiritual and religious imagery, the album debuted at number six on Billboard's Christian albums chart. Two years after this, Kowalczyk released a solo EP entitled "The Garden." His next solo album, "The Flood and the Mercy," came out in 2013. From 2014 to 2016, Kowalczyk went on an extensive world tour in honor of the 20th anniversary of Live's album "Throwing Copper."

Music Collaborations and Other Projects

Beyond Live and his own solo career, Kowalczyk has collaborated with a myriad of other artists. He has worked with Glen Ballard, Adam Duritz, Anouk, Stuart Davis, Neneh Cherry, and Shelby Lynne, among many others. In 2001, he was featured on Tricky's song "Evolution Revolution Love."

Outside of music, Kowalczyk made a brief appearance as an actor in David Fincher's 1999 film "Fight Club." In the sole acting credit of his career, he played a waiter who serves the characters played by Helena Bonham Carter and Edward Norton.

Kowalczyk has been substantially involved in political activism over the years. At a 2003 rally protesting the Iraq War, he performed John Lennon's "Imagine" with musician Slash. Later, in 2008, he appeared alongside will.i.am, John Legend, Scarlett Johansson, and Nick Cannon in a video supporting the presidential campaign of Barack Obama. Among his other activist endeavors, Kowalczyk is a member of the charity Artists Against Racism.

In 1997, Kowalczyk married Erin Broderick; together, they have four children.

In 2012 Ed and Erin sold a home in the Hollywood Hills for $2 million. A year later the moved to a 5-acre property in Ojai, California. They paid $1.625 million for the home. Today the home is worth close to $4 million. 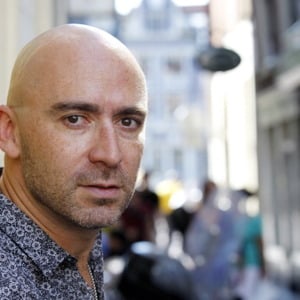