Strawberry Alarm Clock released their debut studio album Incense and Peppermints in 1967 which reached #11 on the US chart. They also released the albums Wake Up…It's Tomorrow in 1968, The World in a Sea Shell in 1968, Good Morning Starshine in 1969, and Wake Up Where You Are in 2012. Lynyrd Skynyrd formed in 1964 and was named after the members' high school gym teacher Leonard Skinner. Their signature songs include "Sweet Home Alabama" and "Free Bird". They released their debut studio album (Pronounced Leh-nerd Skin-nerd) in 1973. The band's first two albums were certified 2x Platinum. Other Skynyrd hits included "I Ain't the One", "Tuesday's Gone", "Gimme Three Steps", and "Simple Man". King is now retired and was inducted into the Rock and Roll Hall of Fame in 2006 with Lynyrd Skynyrd. He underwent a successful heart transplant in 2011. Unfortunately Ed King died on August 22, 2018 at the age of 68 in his Nashville, Tennessee home. He had been battling cancer for a number of months prior to his death. 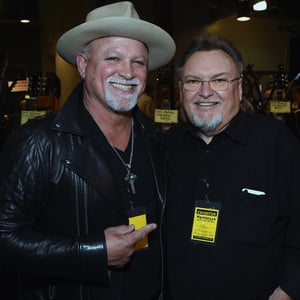