What was Dusty Hill's Net Worth?

Dusty Hill was an American musician who had a net worth of $60 million at the time of his death in 2021. Hill was best known for being the bassist, keyboardist, and co-vocalist of the rock group ZZ Top alongside Billy Gibbons and Frank Beard. He was previously a member of the bands the Warlocks, the Cellar Dwellers, and American Blues.

Sadly, Dusty passed away in July 2021 at the age of 72, and before his death, he requested that ZZ Top's guitar tech, Elwood Francis, take his place in the band.

Dusty Hill was born Joe Michael Hill on May 19, 1949, in Dallas, Texas. He grew up in East Dallas' Lakewood neighborhood with mother Myrl, father Ernest, and older brother Rocky. Hill attended Woodrow Wilson High School and played the cello as a teenager. When Dusty was 8 years old, he and Rocky started singing for money, and after Rocky formed a band, Dusty learned how to play the bass at age 13. Hill didn't make good grades in school, and he stated, "Part of the problem was that by the time I was 13 I was already playing in local bars, so school kinda got in the way of that and I resented it."

Dusty, Rocky, and future ZZ Top drummer Frank Beard were in the Dallas bands the Cellar Dwellers, the Warlocks, and American Blues, and Hill and Beard toured as a Texas-based version of the British group the Zombies in 1969. Dusty and Frank moved to Houston in 1968, and Beard joined Billy Gibbons' band The Moving Sidewalks in 1969. Frank introduced Dusty to Billy, and the band became known as ZZ Top in July 1969. The group signed with London Records and released "ZZ Top's First Album" in 1971. They then released 1972's "Rio Grande Mud," followed by the Gold albums "Tres Hombres" (1973), "Fandango!" (1975), and "Tejas" (1976). In 1976, the band began a three-year hiatus while Beard sought treatment for drug addiction, and Hill worked at Dallas Airport to "feel normal" and "ground himself" during this period.

ZZ Top returned with the Platinum album "Degüello" in 1979, then 1983's "Eliminator" was certified Diamond and 1985's "Afterburner" went 5× Platinum. The band played at the Super Bowl XXXI halftime show in 1997, then they released the albums "Mescalero" (2003) and "La Futura" (2012). In 2000, ZZ Top had to cancel their European tour after Dusty was diagnosed with hepatitis C, and they canceled part of their 2014 tour after Hill fell on the tour bus and suffered a hip injury that required surgery. A few days before his death, Dusty left the band's "A Celebration with ZZ Top" tour after injuring his hip again. 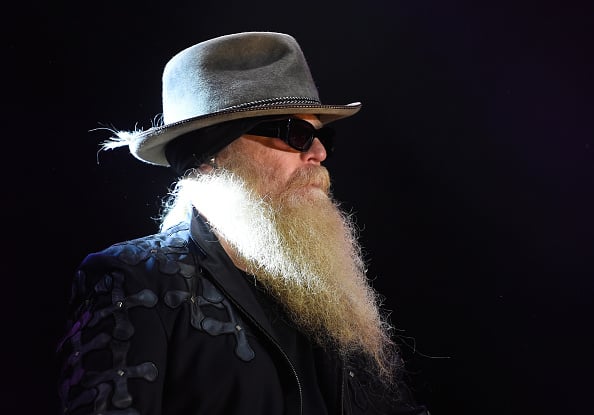 Dusty married actress Charleen McCrory on March 23, 2002, and they remained married until his death. Hill had one daughter from a previous relationship.

In 1984, Dusty's derringer fell out of his boot and discharged, resulting in a gunshot wound in Hill's abdomen. He said of the experience, "To this day, I don't know how I could do it. But I didn't really feel anything at the time. All I knew was that I had to get myself to a hospital straight away, so I got in the car and drove there. It was only when I arrived at the hospital that the seriousness of what I'd done hit me, and I went into shock."

Hill passed away at his Houston home on July 28, 2021. As of this writing, no cause of death has been announced, but his wife revealed that Dusty had suffered from chronic bursitis. Gibbons and Beard released a statement on the ZZ Top Facebook page, writing "We are saddened by the news today that our Compadre, Dusty Hill, has passed away in his sleep at home in Houston, TX. We, along with legions of ZZ Top fans around the world, will miss your steadfast presence, your good nature and enduring commitment to providing that monumental bottom to the 'Top'. We will forever be connected to that 'Blues Shuffle in C.' You will be missed greatly, amigo." Texas Governor Greg Abbott tweeted, "Today we lost a great friend and a remarkable Texan." Numerous musicians paid tribute to Dusty on social media, including Ozzy Osbourne, Paul Stanley, and John Fogerty.

ZZ Top has earned three Grammy nominations, Best Rock Performance by a Duo or Group with Vocal for "Eliminator" (1983) and "Afterburner" (1986) and Best Music Film for "That Little Ol' Band From Texas" (2020). They have received more than a dozen MTV Video Music Award nominations, winning Best Group Video for "Legs" (1984), Best Direction for "Sharp Dressed Man" (1984), and Best Art Direction for "Rough Boy" (1986). The band has also earned Juno Award nominations for International Album of the Year for "Eliminator" (1984) and "Afterburner" (1986) and Brit Award nominations for Best International Solo Artist (1985) and International Group (1986). In 1991, Texas governor Ann Richards declared May 4th "ZZ Top Day," and the band was named "Official Heroes for the State of Texas" by the Texas House of Representatives. In 1994, ZZ Top was inducted into Hollywood's RockWalk at the Guitar Center on Sunset Boulevard.

In 2014, Hill paid $3.4 million for Sheryl Crow's solar-powered farm in Williamson County, Tennessee. He put the nearly 50-acre property on the market for $7.3 million in 2017. The property features a 10,433 square foot home, a three-bedroom guesthouse, and a 14-stall barn. 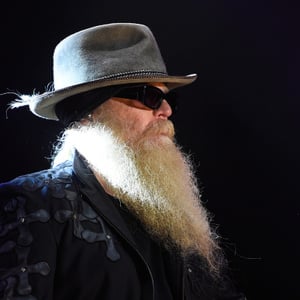