He toured with Jimmie Vaughan's band The Fabulous Thunderbirds when he was 18. He later co-founded the blues rock band Arc Angels. The band's self-titled debut studio albums was released in 1992. Bramhall's self-titled debut studio album was released in 1996. His second album Jellycream in 1999 was released on RCA Records. It contained the songs "I Wanna Be" and "Marry You" which were re-recorded by Eric Clapton for his collaborative effort with B.B. King Riding With The King. In 2001 Bramhall's third solo album Welcome was released. The album was produced by Benmont Tench of tom Petty and the Heartbreaks for RCA Records. Bramhall has collaborated with Roger Waters, T-Bone Burnett, Elton John, Gary Clark, Jr., Greg Allman, Dr. John, Erykah Badu, Questlove, Meshell Ndegeocello, and more. He is also a producer who has worked with Sheryl Crow and Eric Clapton. Bramhall opened for Clapton on his 50th Anniversary Tour and at Clapton's Crossroads Guitar Festival. 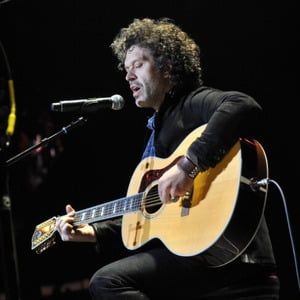