DJ Ashba net worth: DJ Ashba is an American musician, producer, and songwriter who has a net worth of $10 million dollars. DJ Ashba, also known as Daren Jay Ashba, was born in Monticello, Indiana, and grew up in Illinois. He began studying music with his mother, a classical pianist, when he was little, and played his first piano recital when he was five years old.

He then built his own drum kit out of household items. He got a real drum kit at age 6, and bought his first guitar with his own money he was eight. He decided to focus on a career in music when he was in his late teens, and moved to Hollywood after graduating from high school. He began performing with various bands in the early 90s. He started his professional career with Barracuda and then moved on to performing with BulletBoys. He also released an instrumental album in 1996. From there, he founded the band, Beautiful Creatures. Beautiful Creatures subsequently signed with Warner Bros., and released one album. Ashba left the group after they were dropped from their label due to poor album sales. Since then, he has performed and recorded as a solo artist and with Sixx: a.m. He is currently the lead guitarist for Guns 'n' Roses. 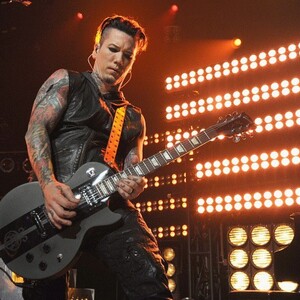