Dizzy Reed Net Worth: Dizzy Reed is an American musician and actor who has a net worth of $40 million. Dizzy Reed was born in Hinsdale, Illinois in June 1963. He is best known for being a part of the rock band Guns N' Roses. He is the longest-serving member of Guns N' Roses other than Axl Rose. Dizzy has continuously been a member of the band since 1990.Reed's grandmother taught him to play the organ and he was in local bands before he finished elementary school. He moved to Los Angeles, California and helped found the band The Wild. He met Guns N' Roses in a neighboring studio to The Wild. Axl Rose invited Reed to join the group in 1990. Reed has contributed keyboards, piano, and backing vocals. He has played in the songs "Live and Let Die", "November Rain", Civil War", "Yesterdays", "Knockin' On Heaven's Door", "Get in the Ring", "Pretty Tied Up", and many more. He recorded on the bands' albums Use Your Illusion I and II, "The Spaghetti Incident?", and Chinese Democracy. He tours with his cover band Hookers N' Blow who was named Best Cover Band and Reed was named Outstanding Keyboardist of the Year at the 2007 Rock City Awards. He recorded an album with Johnny Crash in 2008 and has appeared on albums by Slash's Snakepit and Motorhead among others. Reed appeared in the 2005 video Charlie's Death Wish, the 2006 film The Still Life, and 2008's Celebrity Art Show. Dizzy was married for 20 years and has two daughters and a son. In 2006 he joined the fraternity Zeta Psi at Cornell University. 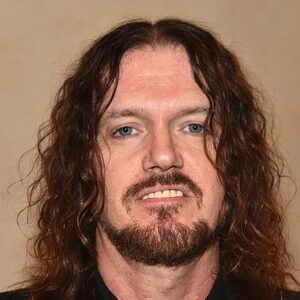