Dizzy Gillespie net worth: Dizzy Gillespie was an American jazz trumpeter, bandleader, composer, singer, and educator who had a net worth equal to $10 million at the time of his death in 1993, after adjusting for inflation. He was best known for being one of the greatest jazz trumpeters of all time.

Dizzy Gillespie was born in Cheraw, South Carolina in October 1917 and passed away in January 1993. He was known for his improvisational skills on the trumpet and popularizing the new style of music called bebop. Gillespie was also known for his scat singing and helped develop bebop and modern jazz along with Charlie Parker. He was an active musician from 1935 to 1993 and also played the piano. He was known for his bent trumpet as well as his beret, horn rimmed spectacles, and pouched cheeks. Gillespie received the Grammy Lifetime Achievement Award and was honored at the Kennedy Center Honors. He was inducted into the International Latin Music Hall of Fame. Gillespie was portrayed in the movies Bird, Born to Be Blue, and For Love or Country: The Arturo Sandoval Story. Dizzy Gillespie passed away on January 6, 1993 at 75 years old. 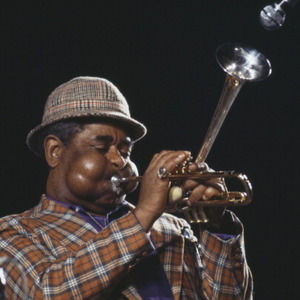