Dimebag Darrell Net Worth: Dimebag Darrell was an American guitarist and songwriter who had a net worth of $700 thousand at the time of his death in 2004, which is the same as $1 million today. That number did not include the value of future royalty payments potentially. Dimebag Darrell was born Darrell Lance Abbott in Ennis, Texas in August 1966. He died in December 2004 after being killed by a deranged fan during a performance. Darrell was a founding member of the bands Pantera and Damageplan with his brother Vinnie Paul. Darrell is considered to be one of the driving forces associated with groove metal. He started playing the guitar at 12 years old. In 1981 he formed Pantera with his brother and the band started achieving commercial success in 1990 with their major label debut album Cowboys from Hell. Their breakthrough album Vulgar Display of Power was released in 1992. The band has released nine studio albums and their 1994 album Far Beyond Driven debuted at #1 on the Billboard 200 chart. Lead singer Phil Anselmo overdosed in 1996 after becoming addicted to heroin in 1995. Pantera was disbanded in 2003. Darrell and his brother formed Damageplan and released their debut album New Found Power in 2004. The album reached #38 on the Billboard 200 chart. Darrell was ranked #1 in the UK magazine Metal Hammer and #92 in Rolling Stone magazine's 100 Greatest Guitarists. Dimebag Darrell was shot and killed by a gun man while he as preforming on stage with Damageplan on December 8, 2004. He was 38 years old.

According to legal documents filed after his death, Dimebag's estate was worth $700,000. His personal property was worth $250,000. His home in Dalworthington Gardens, Texas was worth $450,000. The value of his estate did not include copyrights or other Intellectual Property he may have owned. 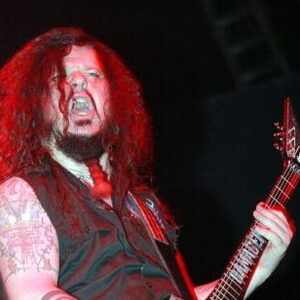