What is Deryck Whibley's Net Worth?

Deryck Whibley, or Bizzy D, is a Canadian musician, record producer, and singer who is best known for being the lead vocalist and songwriter of the band Sum 41. Deryck Whibley has a net worth of $6 million. Sum 41, which was formed in 1996, has sold over thirty million albums worldwide to date. Sum 41 has released five Studio Albums since 2001. They have also released several compilation albums and live albums.

After the band's drummer left the group in April 2013, Deryck became the longest serving original member of Sum 41. Deryck is also famous for being formerly married to pop singer Avril Lavigne. They began dating when she was 19 years old and were married in July 2006. He eventually helped write and produce several songs for Avril and other artists. Lavigne filed for divorce in October 2009 after three years of marriage.

Whibley was born on March 21, 1980 in Scarborough, Ontario, Canada. He grew up in a single parent household and attended Southwood Park Public School and then attended Exeter High School. He formed a band with some friends which was then discovered at War of the Bands. In addition to music, he was also interested in basketball and was the captain of his high school basketball team.

Whibley formed Sum 41 along with vocalist Jon Marshall, drummer Steve Jocz, and bassist Richard Roy. Originally they called themselves Kaspir and were billed as an NOFX cover band. They then changed their name to Sum 41 and signed an international record deal with Island Records.

Their first EP was called "Half Hour of Power" and was released in 2000. They followed it up with their debut album in 2001, "All Killer No Filler." The single "Fat Lip" was on this album and was the band's first to achieve major success. It reached number one on the Billboard Modern Rock Track chart. It also remains the band's most successful single to date. The album itself went on to be certified platinum in the UK, Canada, and the United States.

In 2002, they released their second album, "Does This Look Infected." While it was not as successful as their first album, it did become certified as platinum in Canada and gold in the United States. The band continued making music, releasing their third album, "Chuck" in 2004, and touring. They traveled to the Democratic Republic of Congo with War Child Canada in order to document the country's civil war. Fighting broke out while the band was there and their experiences in the country before they were evacuated are documented in the film, "Rocked: Sum 41 in Congo," which aired on MTV in 2005. 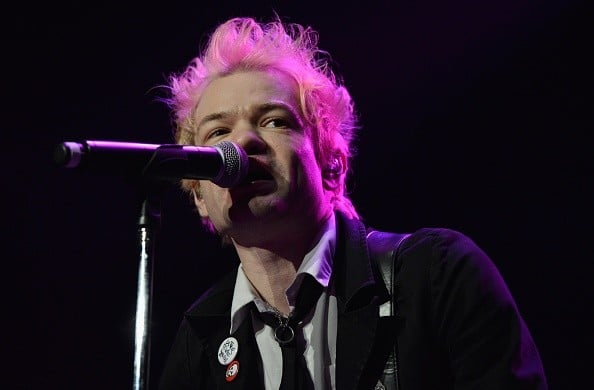 In 2007, Sum 41 released their fourth studio album called "Underclass Hero," which also went platinum in Canada. Their successive albums were only moderately as popular. They released "Screaming Bloody Murder" in 2011, "13 Voices" in 2016, and "Order in Decline" in 2019.

Throughout the life of the band, only Whibley has remained a constant member as the other original members all quit or were replaced at some point during Sum 41's twenty-plus year history. Whibley still tours with the band and Sum 41 is known for keeping a rigorous performance schedule.

Whibley is known for playing a 1972 Fender Telecaster Deluxe, which has been customized with red X's. In the earlier days of Sum 41, he often played Gibson guitars, like the Gibson Marauder and Les Paul. Additionally, he has put out a signature guitar with the Fender sub-brand Squier which features the same two red X's as the guitar he now typically plays.

Outside of his work with Sum 41, Whibley has also become a successful music producer and manager. He was part of the music management and production company called Bunk Rock Music. He produced "We Have an Emergency," The Operation M.D.'s debut album. He also was involved with the debut album of Permanent Me and worked with the production of one of Avril Lavigne's album.

Additionally, he has also worked as a contributing musician on the projects of other artists. He worked with Tommy Lee in 2006 on his album "Tommyland: The Ride" by providing backing vocals and guitar work. He also worked with Iggy Pop on his album "A Million in Prizes: The Anthology." He again worked with Tommy Lee on his side project, Methods of Mayhem, as well as with 5 Seconds of Summer. He has also contributed to Operation M.D.'s second album, "Birds + Bee Stings" by playing keyboard and piano on one of the tracks and performing on the guitar with the band live at a show they did in Toronto.

In 2006, Whibley married fellow singer and musician Avril Lavigne. The couple had known each other since Lavigne was 17 and were friends for two years before they started dating. After remaining married for three years, Lavigne filed for divorce in October of 2009, which was finalized in November. In August of 2015, Whibley married model Ariana Cooper in Los Angeles. They have had one child together, Lydon, in March of 2020.

In 2007, Whibley injured his back at a concert and has had chronic back pain. In 2010, he was hospitalized following a bar attack in Japan. An MRI scan revealed that he had herniated a disk in his back for the fourteenth time. However, he rejoined his band to perform at a festival in Osaka. The back pain has caused Whibley to have problems self-medicating with alcohol. In May of 2014, Whibley announced that he had been hospitalized due to kidney and liver failure, caused in part by his excessive drinking. 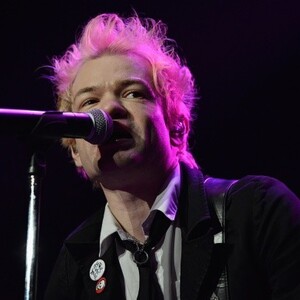