What is Dennis DeYoung's Net Worth?

Dennis DeYoung is a musician, singer, songwriter and record producer who has a net worth of $25 million. Dennis DeYoung is best known for serving as the lead vocalist and keyboardist of the rock band Styx, which he also co-founded. Additionally, he penned more of the band's songs than any other Styx member, including seven of the eight singles that cracked the top ten of the Billboard Hot 100, such as "Lady" and "Babe." Beyond Styx, DeYoung has had a career as a solo artist.

Dennis DeYoung was born on February 18, 1947 in Chicago, Illinois to Loraine and Maurice. He got into the music scene fairly early on, becoming an accordionist in Chicago when he was 15.

As an accordionist, DeYoung eventually partnered with his 13-year-old neighbors John and Chuck Panozzo to form a trio called the Tradewinds. In 1964, the group added guitarist Tom Nardin and was renamed TW4. Four years after that, Nardin was replaced by John Curulewski. Another guitarist, James Young, joined TW4 in 1970.

Before becoming a successful musician, DeYoung worked as a school teacher in Chicago's south suburbs, teaching music in District 143. Meanwhile, he and his band performed at various schools and small venues.

In 1972, TW4 signed its first record contract and changed its name to Styx. DeYoung became the band's lead vocalist, accordion player, and keyboardist, and also served as a songwriter and producer. The band released its self-titled debut album in 1972. Starting with Styx's breakthrough single, 1973's "Lady," DeYoung emerged as the driving creative force behind the majority of the band's biggest hits. He went on to write and contribute lead vocals to seven of the band's eight Billboard top-ten hits: "Come Sail Away," "Don't Let it End," "The Best of Times," "Show Me the Way," "Mr. Roboto," and "Babe." The lattermost song, released in 1979 as the lead single of the album "Cornerstone," stands as Styx's only number-one hit on the Billboard Hot 100. On top of his renowned singing and songwriting skills with Styx, DeYoung was known for being a master keyboardist. He earned particular acclaim for his synthesizer solos using the Oberheim 4 voice synthesizer.

All together, DeYoung released 15 albums with Styx during his tenure from 1972 to 1999. Among the most notable early releases were "Equinox," "Crystal Ball," and "The Grand Illusion," the lattermost of which launched Styx to international fame. Other prominent albums were "Pieces of Eight"; the Grammy-nominated "Cornerstone"; the concept album "Paradise Theatre," which became Styx's most commercially successful album after making it to number one on the Billboard 200; and another concept album, "Kilroy Was Here," released in 1983. When guitarist Tommy Shaw left the band in 1984, Styx was thrown into limbo. The band eventually reunited in 1990 and released the album "Edge of the Century." Six years later, after the passing of John Panozzo, Styx embarked on its successful "Return to Paradise" tour, which resulted in an eponymous 1997 live album produced by DeYoung. In 1999, Styx released "Brave New World," the final album featuring DeYoung. 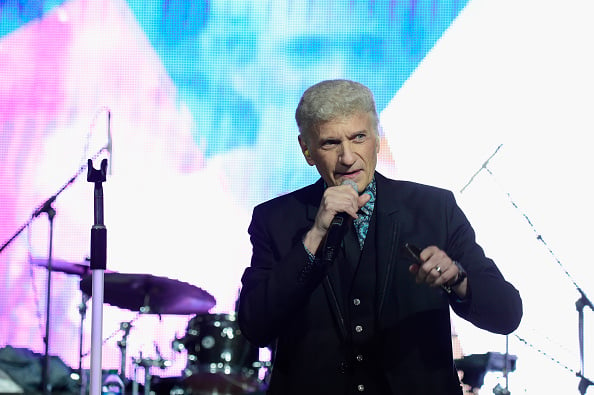 When Styx was on hiatus in 1984, DeYoung started his solo career with his album "Desert Moon." Peaking at number 24 on the Billboard 200, it spawned two successful singles: the title track and "Don't Wait for Heroes." DeYoung subsequently released the solo albums "Back to the World" and "Boomchild" in 1986 and 1989, respectively, with the former featuring the singles "Call Me" and "This is the Time."

In 1994, DeYoung released "10 on Broadway," an album of Broadway standards. He next wrote the book and score of a stage musical version of "The Hunchback of Notre Dame," which had its first production in Nashville, Tennessee in 1997. DeYoung didn't release another solo album until 2007's "One Hundred Years from Now." He then took another long break before releasing "26 East, Vol. 1" in 2020. The following year, he released "26 East, Vol. 2," allegedly his final album. The title refers to the address of DeYoung's childhood home in Chicago.

While recording with Styx in 1998, DeYoung came down with a terrible flu. Although he requested six months off to recover, members of Styx chose to instead replace him with Lawrence Gowan for their upcoming tour. DeYoung didn't receive any compensation during the tour, causing him to sue his band mates. The suit was eventually settled in 2001, two years after DeYoung's official departure from the band.

Among his other career endeavors, DeYoung performed in the 20th-anniversary revival tour of the musical "Jesus Christ Superstar," playing the role of Pontius Pilate. Later, in 2005, he made his feature film debut in the romcom "The Perfect Man," playing the lead vocalist in a Styx tribute band. DeYoung subsequently appeared on the reality television shows "Canadian Idol" and "Celebrity Duets." In 2010, he created a new band devoted to playing Styx songs.

In 1970, DeYoung wed his high school sweetheart Suzanne Feusi; together, they have two children named Carrie Ann and Matthew.

In 2016 Dennis DeYoung paid $1.1 million for a waterfront mansion in Boca Raton, Florida. He offered this home for sale in May 2022 for $2.8 million. The home is located within a guarded gated community that features a 25,000 community center with gym, pool, tennis courts, restaurant and a spa. 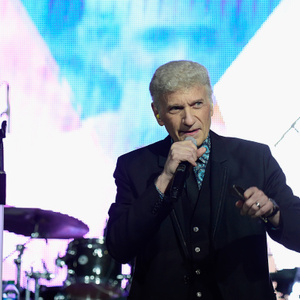