Dean DeLeo net worth: Dean DeLeo is an American guitarist who has a net worth of $15 million dollars. Dean DeLeo was born in Newark, New Jersey and formed a band at the urging of his younger brother, Robert DeLeo. The pair, joined by Scott Weiland and Eric Kretz, became known as Mighty Joe Young. After relocating to Los Angeles, the group signed with Atlantic Records and changed their name to Stone Temple Pilots.

Stone Temple Pilots emerged as one of the more popular grunge groups in the early 90s, releasing such hits as, "Sex Type Thing" and "Plush". With their second album, they went for a more hard rock sound, and gained an even wider fan base and critical acclaim. The group released five albums and sold 30 million albums before disbanding in 2003. In addition to his work with Stone Temple Pilots, Dean DeLeo also performed with Talk Show and Army of Anyone, while also writing tracks for other bands, including, Filter. In 2008, Stone Temple Pilots reunited and began touring again. 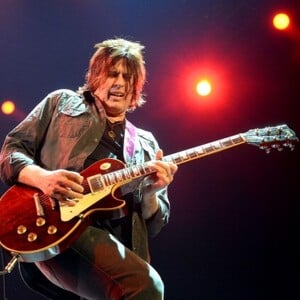