David Silveria Net Worth: David Silveria is an American musician who has a net worth of $20 million dollars. David Randall Silveria was born in San Leandro, California in September 1972. He is best known for being the drummer for the band Korn from 1993 until 2006. He was one of the five founding members of Korn in 1993.

Their self-titled debut studio album was released in 1994 and was certified 2x Platinum. Korn broke through with their 1998 release Follow the Leader, which was certified 5x Platinum and hit #1 in the U.S., Australian, Canadian, and New Zealand charts. Their 1999 release Issues also hit #1 in the U.S. and Australia and was certified 3x Platinum. Their singles "Got the Life", "Freak on a Leash", and "Here to Stay:" have all been certified Gold. He missed a couple tours from injuries from what he called hitting the drums too hard. In late 2006 he went on hiatus and lead singer Jonathan Davis said he would probably not be back. Silveria owned a steak house and sushi restaurant, which he changed into Silveria's RockBar. In 2002 he joined the experimental rock band INFINIKA. David recorded seven albums with Korn and three with the band L.A.P.D. He was arrested in 2012 for driving under the influence. Silveria pled guilty and avoided jail time. 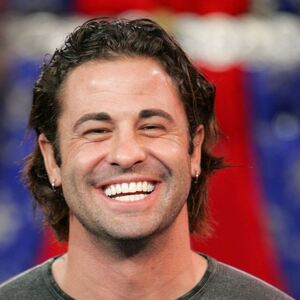