David Sanborn Net Worth: David Sanborn is an American alto saxophonist who has a net worth of $3 million dollars. Born July 30, 1945 in Tampa, Florida, he is considered the most influential saxophonist in pop, R&B and crossover players of the past twenty years. While most of his recordings have been in the dance music/R&B categories, Sanborn is a capable jazz player as well.

His greatest contributions to music have been his passionate sound and his emotional interpretations of melodies which generally uplift any record he contributes to. Sanborn's playing style is easily recognizable within two or three notes. Growing up in St. Louis, Sanborn played with many Chicago blues greats (including Albert King) and became a skilled alto saxophonist despite battling polio in his youth. After stints with Paul Butterfield, Gil Evans, Stevie Wonder, David Bowie and the Brecker Brothers, Sanborn began recording as a leader in the mid-'70s and racked up a string of pop successes. Over the years, he has worked with many pop players but has made his biggest impact leading his own bands. Sanborn occasionally throws the music world a curve, such as in his eccentric but rewarding 'Another Hand', a guest stint with avant-gardist Tim Berne on a 1993 album featuring the compositions of Julius Hemphill and ballads on which he was accompanied by a string orchestra arranged by Johnny Mandel. For a couple of years in the early '90s, Sanborn was the host of the syndicated television series Night Music, which had a very eclectic lineup of musicians, most of whom were given the unique opportunity to play together. 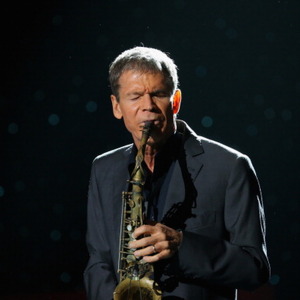