David Paich Net Worth: David Paich is an American keyboardist, singer and composer who has a net worth of $70 million dollars. Born June 25, 1954 in Los Angeles, California, David Paich is best known for his work in the band Toto as well as his contributions to songwriting and arrangements with such artists as Boz Scaggs (extensively in the '70s) and Michael Jackson in the '80s. During his stint with the band Toto, Paich co-wrote such songs as Hold the Line, 99, Lowdown (recorded by Boz Scaggs), Lido Shuffle (recorded by Boz Scaggs), Georgy Porgy, Rosanna, and more. He remained with Toto until 2008, when Toto disbanded. Toto resumed touring in 2010 and Paich shared the keyboard/touring responsibility with Steve Porcaro. As a songwriter, Paich has also written or co-written for such artists as Cher, Andy Williams, The Jacksons, Glen Campbell, John Anderson and Chicago as well as handled arrangements for Rod Stewart, Patti Austin, Donna Summer and many other bands/artists. As a session musician he has played on numerous tracks for artists such as Bryan Adams, Michael Jackson, Aretha Franklin, Quincy Jones, Don Henley, Steely Dan, Elton John, Joe Cocker and Pink. In 2014, he recorded with Latin Rock legend El Chicano and is featured on keyboards on several tracks from their 2014 studio album. 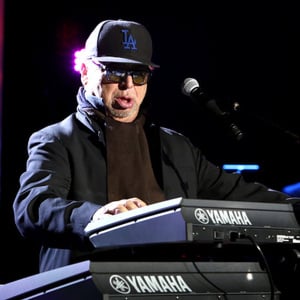