David Lindley net worth: David Lindley is an American musician who has a net worth of $500 thousand. David Lindley was born in San Marino, California in March 1944. He founded the band El Rayo-X and has played with other artists including Jackson Browne, Curtis Mayfield, Warren Zevon, Dolly Parton, and more.

He plays many stringed instruments including the guitar, bass, banjo, mandolin, lap steel guitar, hardingfele, cittern, bouzouki, baglama, charango, gumbus, cumbus, zither, and oud. Lindley has also scored and composed music for film and was a founding member of the band Kaleidoscope. He was first featured on the band's album Side Trips in 1967, the same year he appeared on the album Songs of Leonard Cohen. He played in Terry Reid's band in England and then teamed up with Jackson Browne. Lindley toured with the bands of Crosby-Nash, James Taylor, and Linda Ronstadt. He has released several solo albums over the years. 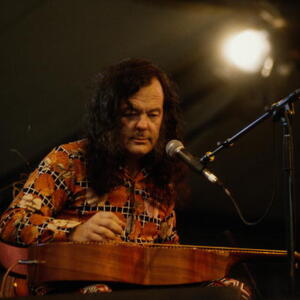