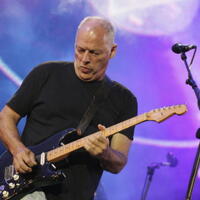 What is David Gilmour's Net Worth?

David Gilmour is an English musician, singer, songwriter, and multi-instrumentalist who has a net worth of $180 million. David Gilmour is best known for being the guitarist and co-lead guitarist for Pink Floyd. Pink Floyd is one of the most commercially successful bands in history, and some estimate they have sold over 250 million records to date.

After Roger Waters left Pink Floyd, David Gilmour became the band's new leader. He also embarked on a successful solo career of his own while maintaining his ties with Pink Floyd. Rolling Stone considers him to be one of the top 15 guitarists of all time, and he is also noted for his vocal abilities. Over the years, Gilmour has emerged as a philanthropist who is passionate about climate change, homelessness, and many other issues.

David Jon Gilmour was born on March 6th of 1946 in Cambridge, England. Raised in Grantchester by a teacher and a zoology professor, David was encouraged to pursue music at a young age. He listened to various Rock 'N Roll albums and taught himself how to play the guitar before the age of ten. While attending school, he met Roger Waters and Syd Barrett – two future members of Pink Floyd.

In the early 60s, David Gilmour joined a blue rock band, although the group was never successful. After having his equipment stolen while touring with another blues rock band in France, Gilmour returned to London. Once there, he stopped in to watch Pink Floyd record a song. By this point, Syd Barrett's mental state was beginning to deteriorate, and he didn't recognize Gilmour despite being close friends with him during university.

Initially, the plan wasn't for Gilmour to replace Syd Barrett, but rather play guitar for him while he continued to contribute to the band in other ways – such as songwriting. Eventually, Barrett's erratic behavior became too much for the band to bear, and Gilmour completely took over his duties.

During the next period, Pink Floyd reached an incredible level of commercial success with albums such as The Dark Side of the Moon, Wish You Were Here, Animals, The Wall, and The Final Cut. After the latter album, Gilmour and Waters began to butt heads, causing Gilmour to release his first solo album. Since then, Gilmour has continued to release successful solo albums well into the 2010s.

In 1985, Roger Waters left the band, leaving Gilmour to lead the remaining members forward. Their first post-Waters album was 1987's A Momentary Lapse of Reason.

David Gilmour was once the owner of Intrepid Aviation, a company that specializes in the collection of antique aircraft. Although the business was simply a vehicle for his hobby, he ended up taking a serious interest in the financial performance of the company, and eventually sold it for an undisclosed fee. 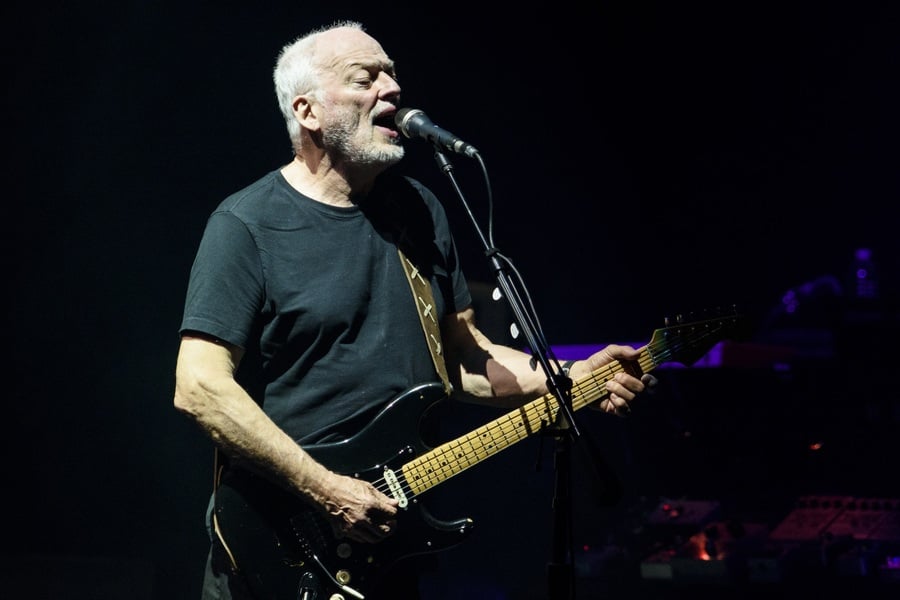 David Gilmour is famous for his extensive collection of guitars, and at one point he was reported to own over 100. In 2019, David Gilmour auctioned off some of his most famous guitars in Los Angeles. In total, David Gilmour managed to earn over $21.5 million thanks to the auction, which was more successful that he predicted.

In 2002, David Gilmour sold his home in West London for 4.5 million pounds, donating all of the money to a charity that supported homeless people. He later stated that it was "the right thing to do," and that he originally purchased the property for 300,000 pounds more than twenty years prior.

In 2014, it was reported that Gilmour's mansion in Greece was going up for sale with a price of about $1.5 million. The 5,000-square-meter property features a regal design with breathtaking views of the ocean and mountains. It is unclear how much Gilmour originally paid for the property.

In 2015, David Gilmour made quite a stir in the town of Hove, East Essex after acquiring a derelict property and submitting development proposals. Local townspeople were initially up in arms over the proposed development, which involved knocking down a historic building that had once been a Turkish bathhouse. A group of artists had previously been squatting there until being told to leave prior to Gilmour's acquisition of the property.

Residents complained about the proposed installation of three air conditioners for David Gilmour's new home, suggesting that the additional noise could disturb the community. However, opinions seemed to sway in Gilmour's favor after he rebuilt the property to resemble the historic building that was once there. Townsfolk praised Gilmour for "keeping the character of Bright and Hove alive." Gilmour had previously purchased a 3-million-pound seafront property just minutes away from the bathhouse.

In addition, David Gilmour once allegedly paid over 90,000 pounds just for a garage to store his collection of Ferraris.

It's worth pointing out that Pink Floyd splits their income equally across all band members, with a few notable exceptions. Songwriting credits play a major role in how the money is divided, and this came into play with the release of Dark Side of the Moon.

Although Wright and Waters wrote most of the songs on their most commercially successful album, Waters "gave" Gilmour various songwriting credits on the album despite the fact that that he didn't contribute much to that part of the creative process (by Gilmour's own admission).