David Freiberg Net Worth: David Freiberg is an American musician who has a net worth of $10 million dollars. Freiberg was born in Cincinnati, Ohio in August 1938. Freiberg has played for Jefferson Airplane, Jefferson Starship, and Quicksilver Messenger Service. He plays keyboards, guitar, bass guitar, viola, percussion, and is a vocalist.

Freiberg started off as a coffee house folk musician. He shared a house with David Crosby and Janis Joplin in California. He formed the Quicksilver Messenger Service in 1965. Their biggest hit was "Fresh Air" and hit #49 on the charts. David joined Jefferson Airplane in 1972. He played on the band's final album Long John Silver and their final live album Thirty Seconds Over Winterland. The group turned into Jefferson Starship and Freiberg stayed with them until 1984. He officially rejoined in 2010. Jefferson Starship has released 10 studio albums. Their 1975 album Red Octopus was certified 2x Platinum and hit #1 in the United States. Jefferson Airplane's biggest hits include "Somebody to Love" and "White Rabbit". Freiberg also released studio albums with Paul Kanter, Grace Slick, Mickey Hart, and Robert Hunter. He has been associated with more original San Francisco bands than anyone else and has been called "the nicest guy in the San Francisco music scene". David is married to singer Linda Imperial. 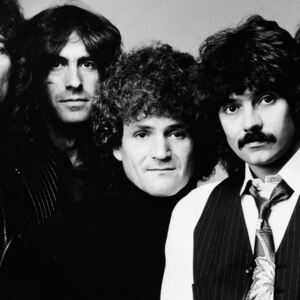