David Ellefson Net Worth: David Ellefson is an American musician who has a net worth of $5 million dollars. He is best known for being the bass player and a founding member of the metal band Megadeth. He was at one time a part-owner of the band. When he re-joined in 2010, he joined as a salaried employee.

David Warren Ellefson was born in Jackson, Minnesota in November 1964. David learned to play bass and played in several bands in the Midwest before he moved to Los Angeles, California. Megadeth formed in 1983. They are considered one of the pioneers of the American thrash metal scene and are one of the "big four". The band has released 14 studio albums including six that have been certified Platinum. They have sold over 50 million records worldwide and been nominated for 14 Grammy Awards.

The band went on hiatus in 2002 after Dave Mustaine suffered an arm injury. They got back together in 2004 but Ellefson did not join them as he had taken legal action against Mustaine. The two settled out of court and Ellefson rejoined Megadeth in 2010 as a hired employee, not owner. Ellefson formed the band F5 and released a pair of albums. He has also released albums with Soulfly, Avian, Temple of Brutality, Necro, Killing Machine, Tim "Ripper" Owens, and Angels of Babylon. Ellefson is a Christian and started a worship service in Scottsdale, Arizona. He has studied to become a minister in the Lutheran Church. 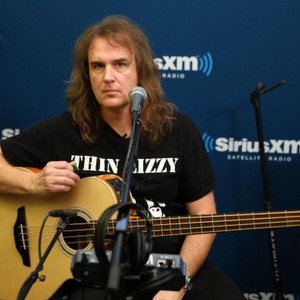