What Is David Draiman's Net Worth?

David Draiman is an American singer and songwriter who has a net worth of $8 million. Draiman is best known for being the lead singer for the heavy metal band Disturbed alongside Dan Donegan, Mike Wengren, and John Moyer. Thanks to his trademark percussive singing style and distorted voice, David was ranked #42 on "Hit Parader's" 2006 list of the "Top 100 Metal Vocalists of All Time." Disturbed has released the studio albums "The Sickness" (2000), "Believe" (2002), "Ten Thousand Fists" (2005), "Indestructible" (2008), "Asylum" (2010), "Immortalized" (2015), and "Evolution" (2018) and is known for the hit singles "Stupify," "Down with the Sickness," "Stricken," "Inside the Fire," and "The Sound of Silence" (a cover of the 1965 Simon & Garfunkel single).

Draiman also formed the band Device with former Filter guitarist Geno Lenardo, and in 2013, they released a self-titled album, and their single "Vilify" reached #1 on the "Billboard" Active Rock and Mainstream Rock charts.

David Draiman was born David Michael Draiman on March 13, 1973, in Brooklyn, New York. David grew up with mother Miriam, father YJ, and brother Benjamin, and when he was 12, his father (a small-business owner and real estate developer) went to prison for embezzlement. YJ ran for Mayor of Los Angeles in 2013 and 2017, and he has declared his candidacy for 2022. Draiman's parents are Jewish, and though they weren't observant of their faith during his youth, they enrolled him in Orthodox schools and took him to Israel several times. He attended L.A.'s Valley Torah High School, Chicago's Fasman Yeshiva High School, and Milwaukee's Wisconsin Institute for Torah Study. David started his first band while attending Valley Torah High School, and he was asked to leave the Wisconsin Institute for Torah Study after his freshman year. He told "The Jerusalem Post" in 2011, "I couldn't really stomach the rigorous religious requirements of the life, I just wanted to be a normal teenage kid, and here I was being shipped of to a yeshiva." Draiman also told the publication that he trained as a hazan and "led High Holy Day services a number of years in Chicago."

David graduated from Chicago's Ida Crown Jewish Academy in 1991. Around this time, Draiman's girlfriend, a heroin user who introduced David to the drug, died by suicide, and he later wrote the song "Inside the Fire" about the tragedy. When he was 18, Draiman woke up underneath a parked car on New Year's Day, shirtless, shoeless, and nearly frozen to death, and had no idea how he got there. After detoxing, he decided to never use heroin again. After graduating from high school, David studied at the Yeshivas Neveh Zion in Kiryat Ye'arim, Israel, for a year, and in 1992, he enrolled at Loyola University Chicago to begin pre-law studies. He earned a Bachelor of Arts degree in Political Science and Government, Philosophy, and Business Administration in 1996, and though he was accepted into law school, Draiman decided not to go since he was only interested in criminal defense law. He said of the decision, "I couldn't really look at myself in the mirror and say I'm going to lie for a living and protect criminals." After college, David found work as an administrative assistant in a healthcare facility, then he spent five years running a healthcare facility once he earned his administrator's license. 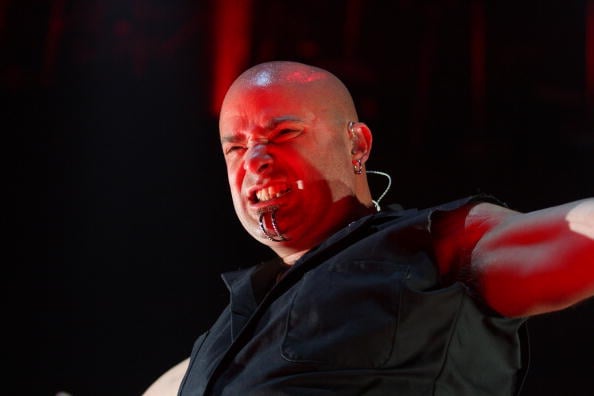 In 1996, Disturbed's lead vocalist left the band, and Draiman got the gig after coming across an audition notice in a Chicago music publication. The band released their debut album, "The Sickness," on March 7, 2000, and it was certified 5x Platinum in the U.S. The single "Down with the Sickness" went Platinum and reached #5 on the "Billboard" Mainstream Rock chart and #8 on the Modern Rock Tracks chart. Their follow-up, 2002's "Believe," topped the "Billboard" 200 chart, as did their next four albums. "Believe" went 2x Platinum in the U.S., and the single "Prayer" reached #3 on the Modern Rock Tracks and Mainstream Rock charts. The 2x Platinum album "Ten Thousand Fists" was released in 2005 and featured the Gold single "Stricken." In 2007, the Disturbed track "This Moment" was featured on the "Transformers" soundtrack, and in 2008, the Platinum album "Indestructible" topped the charts in the U.S., Canada, Australia, and New Zealand. The single "Inside the Fire" went Gold and reached #1 on the Mainstream Rock chart. That year video game developer Harmonix began offering Disturbed tracks for play in "Rock Band," starting with "Indestructible," "Perfect Insanity," and "Inside the Fire."

The band's fifth album, 2010's "Asylum," featured the singles "Another Way to Die," "The Animal," and "Warrior," which all cracked the top 10 on the Mainstream Rock chart. Disturbed went on hiatus in 2011, and they returned with the Platinum album "Immortalized" in 2015. The album featured a cover of "The Sound of Silence," which was certified Platinum or higher in eight countries and made it onto "Loudwire's" lists of the "20 Best Rock Songs of 2016" and "10 Best Rock Videos of 2016." In 2018, the band released the album "Evolution," and the singles "A Reason to Fight" and "No More" reached #1 on the Mainstream Rock chart. In early 2020, they announced a tour for the twentieth anniversary of "The Sickness," but it was postponed and eventually canceled due to the COVID-19 pandemic.

David married model/actress Lena Yada on September 25, 2011, and they welcomed son Samuel Bear Isamu Draiman on September 12, 2013. Samuel was born three weeks before his due date, and Lena was in labor for 23 hours. Draiman supported Bernie Sanders during the 2016 presidential campaign, and on the subject of politics, he has said, "I'm liberal about everything that is issue-based as far as ideology, but I'm also of the opinion of a very small government. I don't agree with the fiscal policies of the Democrats, but I certainly don't agree with the right-wing craziness of the Republicans." David is also "a very, very strong supporter of Israel forever," and he criticized the Boycott, Divestment and Sanctions movement (which Pink Floyd's Roger Waters was involved in) against Israel in 2019, stating "The very notion that Waters and the rest of his Nazi comrades decide that this is the way to go ahead and foster change is absolute lunacy and idiocy. It makes no sense whatsoever. It's only based on hatred of a culture and of a people in a society that has been demonized unjustifiably since the beginning of time." 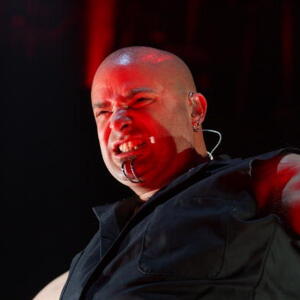