What is David Crosby's Net Worth?

David Crosby is an American singer, songwriter, and actor who has a net worth of $10 million. He is known for being a founding member of the bands "Byrds" and "Crosby, Stills, & Nash." He was inducted into the Rock & Roll Hall of Fame for his work in both groups.

David Van Cortlandt Crosby was born in Los Angeles, California on August 14th, 1941. His father is Academy Award-winning cinematographer Floyd Crosby who filmed over 100 movies throughout the course of his thirty-six-year career. On his father's side, his lineage traces back to the historically significant Van Rensselaer family, who were among the first Dutch settlers of New York. His mother was Aliph Van Cortlandt Whitehead, who also descended from a historically significant Dutch family. Growing up, Crosby went to several schools, and he showed little interest in academics. When he was in school, he took part in the theater productions. He briefly attended Santa Barbara City College to study drama but dropped out in order to pursue a career in music. He played with jazz singer Terry Callier and began performing with the Les Baxter's Balladeers in 1962.

In 1963, Crosby recorded his first solo session with the help of producer Jim Dickson. In the following year, he formed a band called Jet Set with guitarist and vocalist Jim McGuinn and singer-songwriter Gene Clark. Crosby introduced the other two musicians to Jim Dickson, who agreed to be their manager. The trio recorded songs that wouldn't be released until much later in their compilation albums "PreFlyte," "In the Beginning," and "The PreFlyte Sessions." Later that year, drummer Michael Clarke was recruited primarily because of his good looks, and Dickson completed the band with bassist Chris Hillman. In part thanks to an endorsement from acclaimed jazz musician Miles Davis, they signed with Colombia Records. Shortly after their signing, they rebranded as The Byrds. They began recording their debut single "The Tambourine Man" and its B-side "I Knew I'd Want You" in early 1965. Leading up to its release, the group took a residency at Ciro's Le Disc nightclub off the Sunset Strip, which helped them perfect their stage performances. They released the single in April of 1965, and it reached no. 1 on US Billboard's Hot 100 and on the UK Singles Chart within three months. They followed this with the album "The Tambourine Man," released in the summer of that year. It was commercially a success and peaked at no. 6 on the Billboard Top LPs and no. 7 in the UK. The album was influential in popularizing folk music and made them internationally famous. They followed this album with a Bob Dylan inspired single "All I Really Want to Do," which reached no. 4 in the UK but was less popular in the US.

In 1966, Gene Clark left the band, and Crosby became their main songwriter. They released the single "Eight Miles High" in the spring of that year. It reached no. 14 on the US Billboard Hot 100 but was prevented by climbing higher after it was banned by radio stations because of its references to recreational drugs. The band was also accused of advocating for the use of drugs by the "Gavin Report," a weekly newsletter about the music scene published in San Francisco. They and their publicist denied the allegations. Their third album "Fifth Dimension" was released in 1966 to critical praise and commercial success. By the time they had completed their fourth album "Younger Than Yesterday" in 1967, Crosby had become increasingly controlling about the band's creative direction. He had also alienated some of the other members with his outlandish political views and was let go in mid 1967 before production of their fifth album began.

In 1968, Crosby formed a band with the former guitarist and vocalist from the act Buffalo Springfield, Stephen Stills, and Graham Nash, the former songwriter and vocalist for The Hollies. Because each had experience working with well-known bands, they named their act based on their surnames so that the band could not continue to exist without any one of them. They were later joined by Neil Young, and when the trio performed with them, they were known as Crosby, Stills, Nash, & Young. Their debut, self-titled album was released in 1969 and was a commercial hit. They brought in Young to play the keyboard for their second album "Déjà Vu," which was an even greater success than their previous one. It spawned three top 40 singles and was praised by critics. A combination of personal stressors and substance abuse caused arguments among the members, and following their tour for the album, they split up until their 1974 reunion. Although their reunion tour was successful, there were still frequent spats and conflicts fueled by drugs, differing lifestyles, and strange beliefs. Young travelled with an entirely separate crew due to the group's heavy drug use and erratic behaviors. They decided not to record any music together. Crosby and Nash continued to work together and produced three albums in the 1970s. The foursome would reunite in the late 70s, but the band would continue to be plagued with contention. Despite their long history and touring in the 2000s, Stills announced in 2016 that the group would not preform together again due to his personal qualms with Crosby. 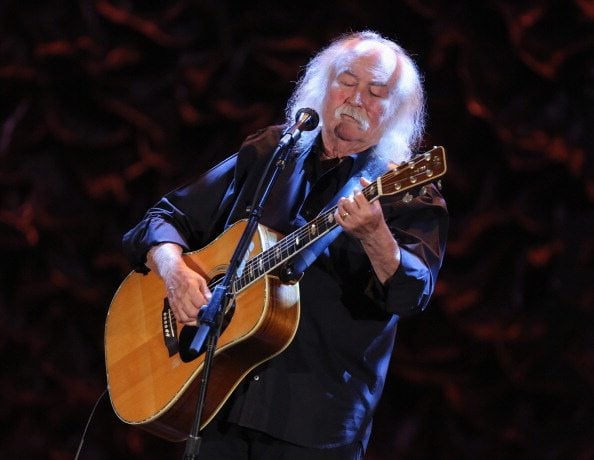 Crosby married Jan Dance in 1985, and they had one son together. He had three children from other relationships. In 2000, Melissa Etheridge revealed that he was the sperm donor for her and her partner's two children. Crosby partnered with friend Steven Sponder in 2019 to create a craft cannabis brand called Mighty Croz. He has credited cannabis for his songwriting ability and creative talents. He has also been arrested on a number of drug and weapon-related offenses, and he served nine months in a Texas prison for possession of cocaine and heroin in 1985.

David has been married to Jan Dance since 1987. He has several children including one who was born through artificial insemination for Melissa Etheridge and her then-partner Julie Cypher.

In March 2015 David struck a jogger while driving his Tesla Model S. The jogger was left with a broken shoulder, arm, leg, ribs and kidney damage. He sued and David, alleging that the rocker was under the influence of drugs and/or alcohol (which was never proven conclusively). David was ultimately forced to pay a $3 million settlement

In March 2020, David told GQ magazine that the Coronavirus pandemic could potentially cause him serious financial harm if he is not able to tour:

"You know they don't pay us for records anymore, right? So touring is all we got. That's really the only thing that we can do to make any money. And to lose it is just awful. I may—honest to God—I may lose my home. I don't know what to do about it, except just try to roll with the punches and keep going. Truthfully, if I lose the tours, I probably will lose my home."

In March 2021, David reached a deal to sell his publishing rights to Irving Azoff's Iconic Artists Group. The sale price was not disclosed. Several months earlier, David made several posts on social media in which he claimed to be financially stressed to the point where he was forced to explore catalog sale options. 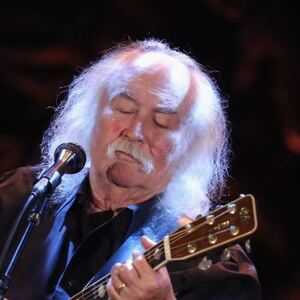